The Mavericks Never Bring Me Down!

Despite the title of one of The Mavericks better-known songs (“All You Ever Do is Bring Me Down”), this band always delivers a fantastic show that keeps me smiling for days after the show!

This show at the South Shore Music Circus was no different, with one caveat which I mention at the end of this review.

I stood by the aisle which the bands use to enter this in-the-round venue and watched as Raul Malo, the lead singer with a voice like cashmere, and Eddie Perez fist bumped several adoring fans on their way to the stage. 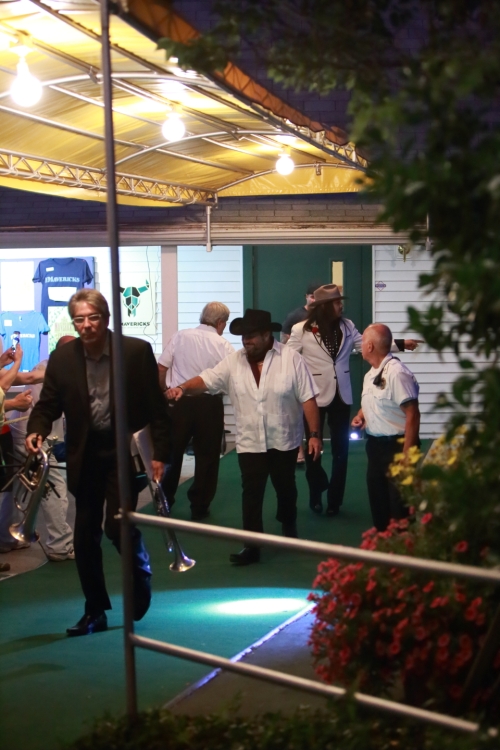 Charging out of the gate with ‘Back in Your Arms Again’, the band delighted me for their all-too-short ninety-minute set (they were faced with a hard curfew). 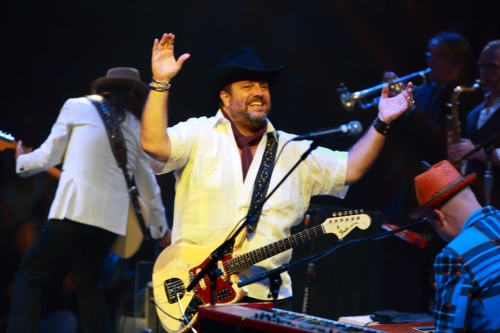 The band’s most recent album, Mono, was released early last year and the set list included several songs from that fine album, but the set list drew mostly from their greatest hits. ‘There Goes My Heart’, ‘Dance the Night Away’, and ‘All Night Long’ were on the set list for this show.

They did a fantastic cover of Neil Young’s ‘Harvest Moon’, which suited Malo’s voice perfectly. He has one of the best voices I have ever heard and it has not deteriorated in the least over the years that he has been performing.

The Mavericks have been a band for twenty-seven years, and all of the founding members except one are still with them. Raul Malo on lead vocals and guitar, Eddie Perez on vocals and guitars, Jerry Dale McFadden on keyboards, and Paul Deakin (thank you so much for allowing me to capture your fabulous smile) on drums are those members. They are joined by several musicians whose names I do not know, as well as Michael Guerra on accordion and percussion. 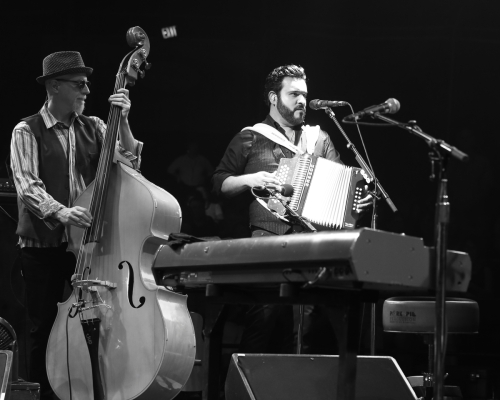 McFadden is known for his stage antics as well as his colorful haberdashery, and this night was no exception. Sporting a blue and orange plaid suit, orange fedora, and great socks, he twisted and danced his way through the show. 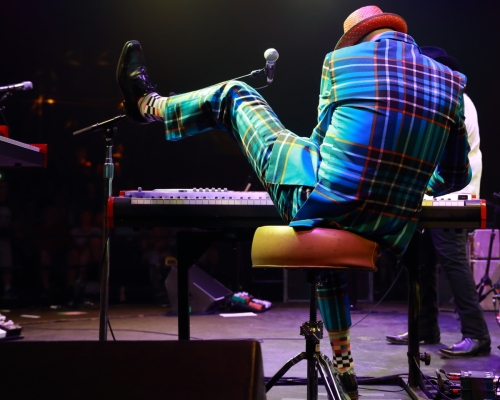 They were unable to play an encore due to the curfew (as well as the show starting a little later than intended), and I missed it. That might have gotten the crowd on its feet and I would have stood regardless of whether people behind me were standing.

For the second time in a week, I saw Jay Psaros (pronounced puh-sa’-ros) open the show. He is an engaging singer who write lovely songs.

Now that I have seen him play solo a few times, I want to see him perform with a full band to back him. As I wrote in my previous review, his songs have an intimate quality to them, and they draw you close. I predict Psaros has a good career ahead of him.

My only complaint is that the audience was more sedate than any of the other shows I have seen The Mavericks perform. The band played to us the same as if we all had danced the night away, but the energy from the crowd (or lack thereof) impacted my enjoyment of the show. Please understand that this was not in any way the fault of the band. I think it was simply that the demographic was not the type to stand at a show, which is why they saw the show at this venue.

I will see this band as often as I can because they never fail to delight.