← Childsplay Is Everything But That!
Music And Politics →

The Great American Songbook Is Alive And Well

I first heard of Michael Feinstein at least thirty years ago, but did not see him perform until recently. I have no idea why I waited – if you enjoy songs by the Gershwins, Cole Porter, Irving Berlin, Harold Arlen and others as I do, you should see Feinstein. 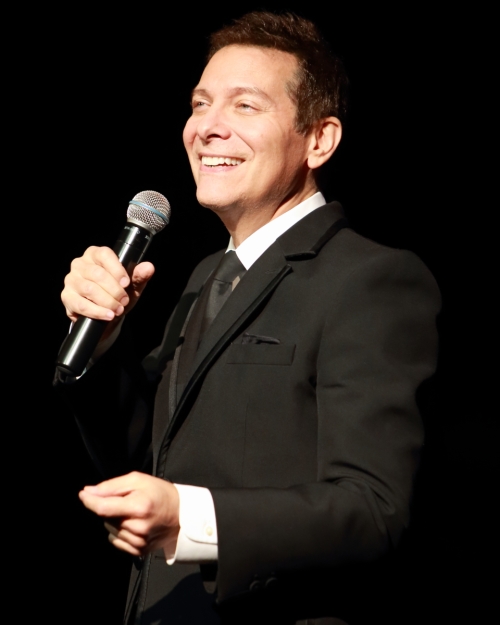 The Cabot in Beverly was the venue that hosted the show which was in part a benefit for the ongoing restoration (via a separate reception prior to the concert). Joyce Kulhawik, former arts and entertainment editor of Boston’s CBS affiliate, was the emcee for the evening.

The original 100-year old fire curtain made its début in the restored theatre this evening and it is magnificent. Feinstein has committed to help The Cabot discover the artist who created the curtain! 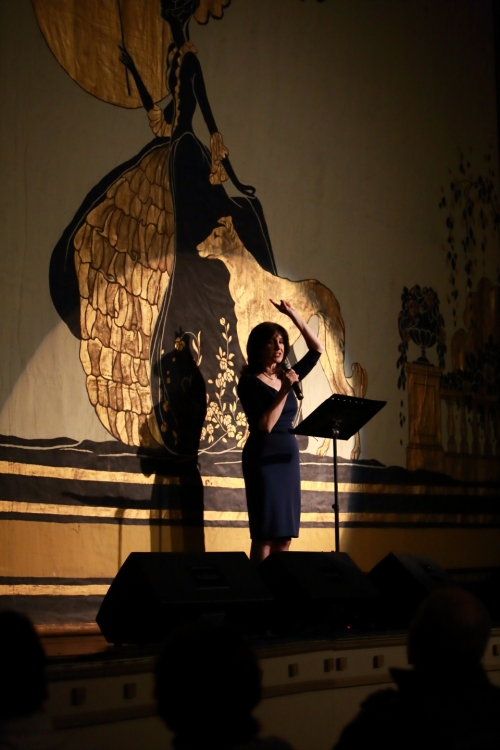 Joyce Kulhawik, in front of the restored fire curtain

Early in the show, Feinstein performed a medley of songs written about Broadway over the past hundred years. In the middle, he sang a parody of ‘New York, New York’ that was brilliant! The lyrics spoke to being tired of singing the song for the ten-thousandth time, and had everyone in the audience laughing out loud.

There are so many songs from which he could draw to create his setlist that I was a bit surprised I knew most of them, and if I did not know the specific song I knew the songwriter(s).

He spent six years as Ira Gershwin’s assistant (be still my heart – George and Ira gave us some of the most amazing music I have ever heard), and gave us a beautiful rendition of ‘Someone to Watch Over Me’.

Other songs he sang included ‘Luck Be a Lady Tonight’, ‘Hooray for Hollywood’, ‘Our Love is Here to Stay’, and ‘What Kind of Fool am I’. He was backed by three terrific musicians on piano (which Feinstein also played), upright bass, and drums.

Feinstein knows how to work a room. Even though The Cabot is not as small as a typical cabaret, there is an intimate feeling in the room that is well-suited to his performance style.

There were times when he moved to my side of the stage and I felt as if he was singing to me only. I am sure the people sitting in the front row felt the same.

Feinstein is the founder of The Great American Songbook Foundation which has an academy for high school students that is highly competitive and accepts approximately forth students per summer. We were lucky that one of the 2015 students lives within an hour of The Cabot and even luckier that Deirdre Pedersen was invited to sing ‘Bewitched, Bothered and Bewildered’ for us. What a voice! What a future she has!

Opening the show was local jazz singer Amanda Carr, who is nominated for a Boston Music Award for best jazz singer. This was my first time seeing her perform.

She has a lovely voice, perfectly suited to jazz, as well as an engaging performance style. She connected with the audience and delivered such songs as ‘Whatever Lola Wants’ (during which she quipped that she needed more cleavage), ‘Where Can I Go Without You’ (which was dedicated to a friend who recently lost his wife), and ‘That Old Black Magic’. 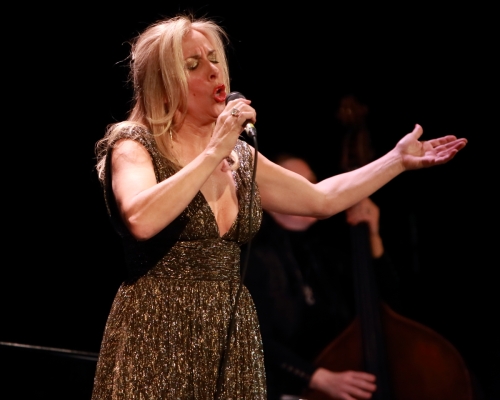 She performed with Yvonne Monnett on piano and Genevieve Rose on upright bass. They performed a couple of songs without Carr in the middle of the set, and I was impressed with them as well.

There was almost nothing political at this show (Feinstein made one funny comment, however), and the music was a welcome respite from what is happening. I left the show with a smile on my face and in my heart. Thanks, Michael. 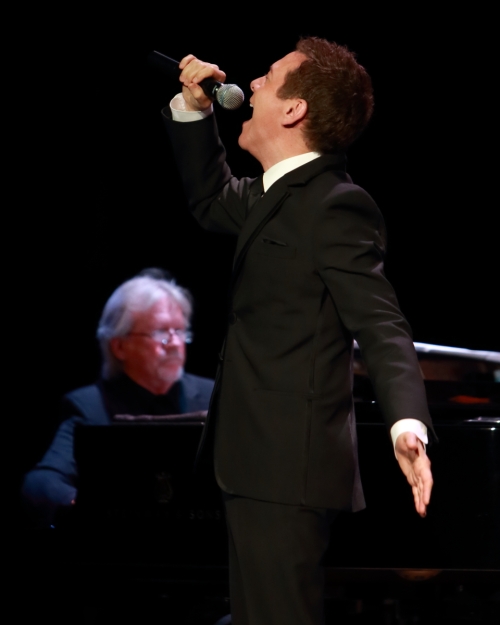 Thanks to The Cabot for the ticket; all opinions are my own.

← Childsplay Is Everything But That!
Music And Politics →