Come To This Winter Music Festival!

Last year, World Music/CRASHarts staged an indoor music festival of (as one would presume from the name of the organization) world music. I attended and thoroughly enjoyed it, and am thrilled that the festival is being repeated this year! 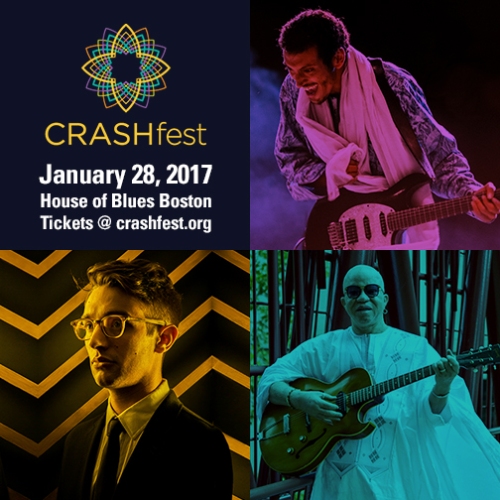 On January 28, 2017, come to the House of Blues for CRASHfest! Replete with international music, food, and drink, CRASHfest is an immersion into other parts of the world.

I have seen several acts (Bombino, Debo Band, Carrie Rodriguez, and Emperor Norton) and would attend this festival for any one of them; being able to see them all in one event is a fabulous opportunity for you to experience these bands as well as the others.

Tickets are $48 and are available through World Music’s website. Expect a great afternoon and evening!