I never saw American Aquarium, the band in which frontman BJ Barham made his mark in the Americana genre, so I will not miss the opportunity to see him at the Middle East Upstairs on Monday, June 26th. His début solo album, Rockingham, released on August 19, 2016, and he is touring for the second time in support of this fine album. I am excited to see him and you should be there too! Tickets are still available. 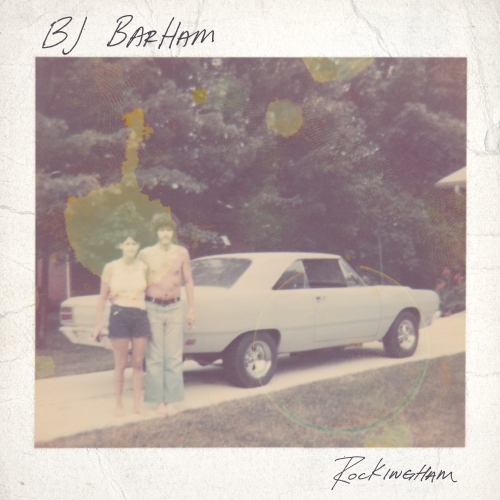 “B.J. Barham was a long way from home when the tragedy happened.

“On November 13, 2015, the singer-songwriter—raised in a small North Carolina town called Reidsville—was in the middle of his fourth European tour with American Aquarium, the rising alt-country act he’d led for nearly a decade. They were in Belgium, less than two hours from Paris, when bad news began to arrive: a series of terrorist attacks, including one in a rock club, had left more than 100 dead. Family members, friends, and the fans American Aquarium had amassed from so many years on the road immediately reached out, making sure the band had been far away.

““The onslaught of text messages, voicemails and everything that came in the next day sparked something in me,” Barham remembers. “In the next two days, the entire record was written.”

“The record he’s talking about is Rockingham, Barham’s remarkable and intensely personal solo début. Not long after the wave of well wishes had passed, Barham found himself piecing together composites of people he’d known since childhood, of those folks and places who had impacted his life in fundamental ways. He sang into his cell phone and scribbled in notebooks, stealing away for quiet moments in order to put the melodies and characters floating through his mind into song.

“The shock of the moment and the distance from home seemed to give Barham a crucial perspective on the moments and circumstances that had helped shape him. Wolves, American Aquarium’s much-lauded 2015 breakthrough, had contained Barham’s most honest, vulnerable statements to date. But these songs took the next step, allowing Barham to share stories about those around him. In “O’Lover,” he portrays a hard-working farmer forced to make some desperate decisions to support the ones he loves. In “Reidsville,” named for the place he’d called his home until relocating to North Carolina’s capital, he immortalized beautiful, sweet, doomed souls, stuck in love in the sort of small towns that are disintegrating all across America. You needn’t have been to Reidsville to recognize these elegantly written, expertly realized protagonists.

“This is the first record I’ve ever made that’s not autobiographical—it’s fictional narrative in a very ‘real place,” Barham says. “These songs are human condition stories set in my hometown, Reidsville.”

“Barham made these songs his new priority. Not long after he returned stateside, he asked Bradley Cook, the musician and mentor who had coproduced Wolves, to hear them. By afternoon’s end, they had hatched the plan to make Rockingham. Two months later, on January 31, Barham returned from another American Aquarium tour.

“On Monday, he and the band he’d built to record Rockingham—himself, Cook, Cook’s brother and multi-instrumentalist Phil Cook, drummer Kyle Keegan, American Aquarium standbys Ryan Johnson and Whit Wright—met for the first time. On Tuesday and Wednesday, they rehearsed. And on Thursday and Friday, they cut all eight songs at Durham’s Overdub Lane. They mixed the results over the weekend, between the sold-out hometown shows and various festivities of American Aquarium’s annual pilgrimage, Roadtrip to Raleigh. The whirlwind kept the songs simple and the recordings human, reflecting a reality much bigger and less perfect than the vacuum of a recording studio. 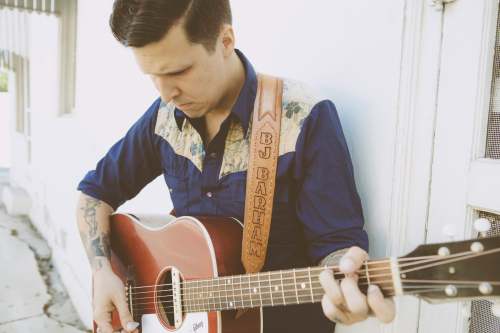 “These tunes, after all, didn’t need much tampering. Rockingham puts its scenes and scenarios front and center, the beautiful grain and twang of Barham’s voice bringing it all to life. He limns lifelong romance and instantaneous tragedy during the paradoxically heartbreaking, heart-mending “Unfortunate Kind” and details the disappointments and dreams of the blue-collar laborer with
“American Tobacco Company.” With its acoustic guitars and pealing organs, ragged vocals and rugged characters, Rockingham is a stunning, personal portrait of small-town America, easily identifiable and familiar.

“For the album’s sole autobiographical moment, Barham, now happily married and sober, penned a letter of sound advice and Southern attitude to his daughter-to-be, “Madeline.” It’s too personal to fall under a roots-rock purview, too singular to be swallowed by a larger situation. Like all of Rockingham, it’s not the sound of Barham stepping away from American Aquarium but instead stepping confidently into the thoughts, stories, and feelings of his own thirty years.

““This is just an outlet for a songwriter. It’s me being able to do something different. This is like people who love their jobs, picking up hobbies,” says Barham, “This is an exercise for myself.””

Opening the show is Charley Crockett, a direct descendant of Davy, whom I saw open for The Turnpike Troubadours recently and loved! He has an interesting style of Texas blues that I think my readers will enjoy.

Charley Crockett (Photo by me)