It was only after I met Carlos Averhoff, Jr. that I realized I also knew his father (although not personally) – the great Cuban saxophonist Carlos Averhoff who was one of the founders of the Afro-Cuban jazz group Irakere. Carlos Senior passed away almost a year ago, and I was fortunate to attend a tribute to him at Florida International University recently.

Sr. taught at FIU for many years and was clearly much beloved in both the academic and music communities. This tribute was presented by both the school of music and the Cuban Research Institute at the University, and included both students and musicians with whom Sr. performed over the years.

This article will be mostly photographs as much of the presentation was in Spanish (which made sense considering the audience was mostly Cuban) and I do not speak that language. Jim Gasior, Nestor G del Prado and Reiner Guerra, pictured below, constituted the band that was on stage for much of the show. 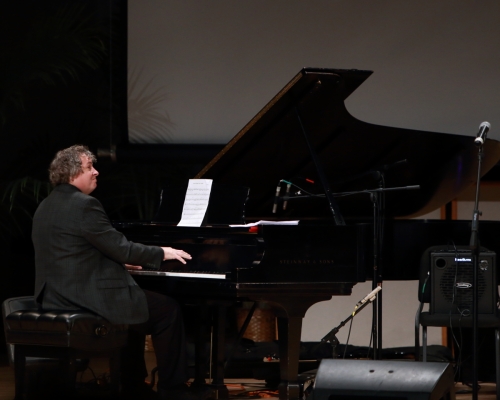 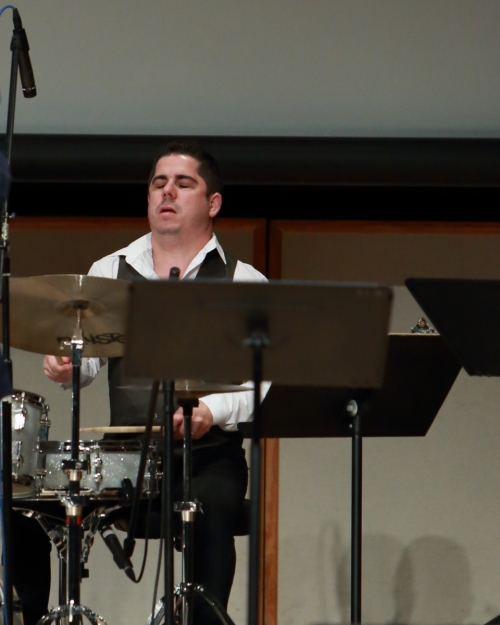 I enjoyed the slide show that continued throughout the concert; it was presented so that old photos that showed the current performer with Sr. were on the screen. 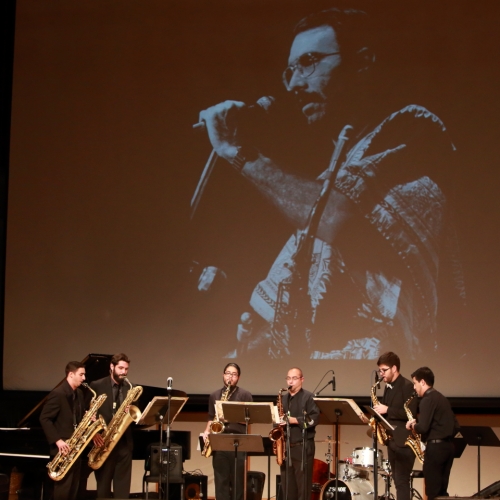 Some of Carlos Averhoff Sr.’s students 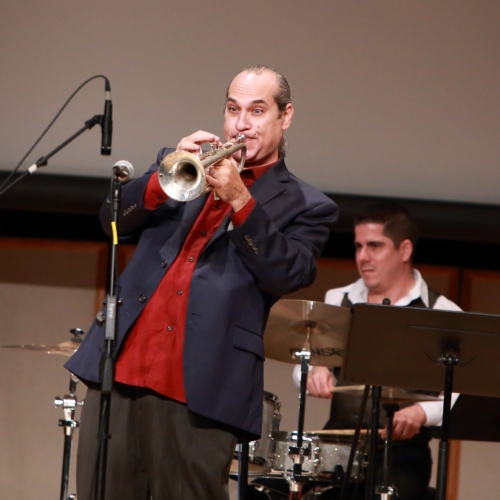 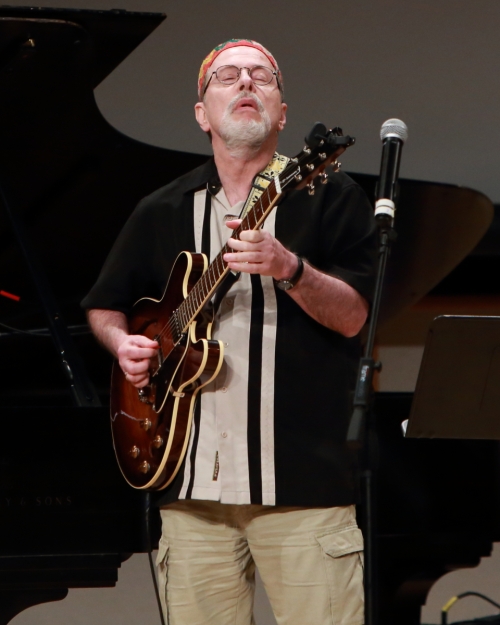 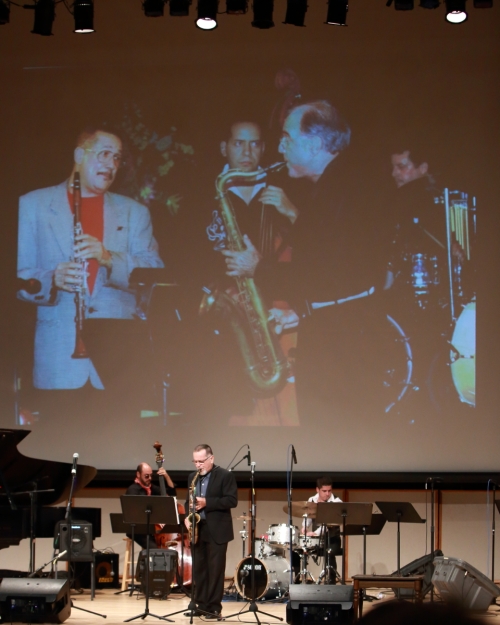 Manuel Valera with a photo of himself and Carlos Averhoff Dr. 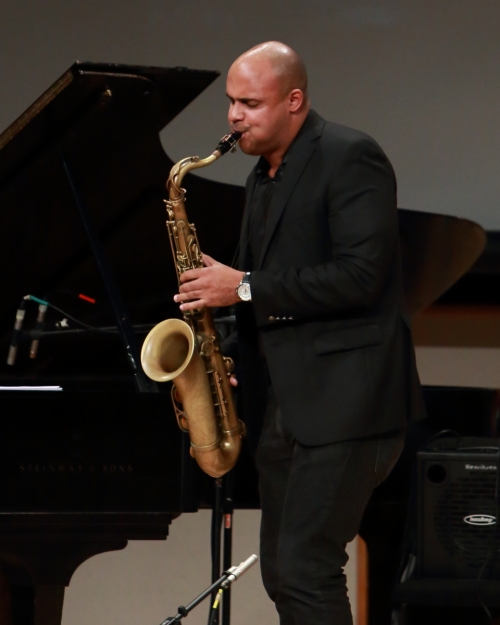 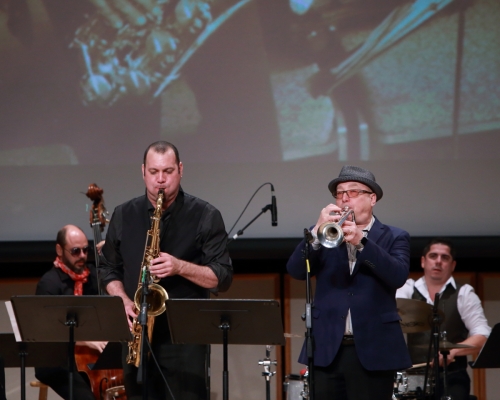 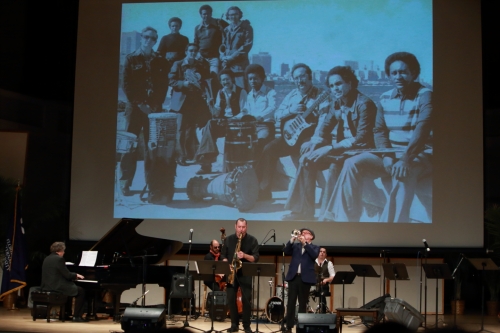 I did not capture every performer unfortunately, but each musician who performed was excellent. I did not know most of them before this show, but I hope they all perform in south Florida so I can see them with their own bands.

It was an evening of stellar music that honored a truly great musician and friend to many.

Many thanks to Carlos Averhoff Jr. for the ticket; all opinions are my own.