An exciting show is coming up in ten days at the Sunset Cove Amphitheater in Boca Raton, Florida (all my New England readers should come down for it) and it’s called the Florida Jam. I would love to see you all there! 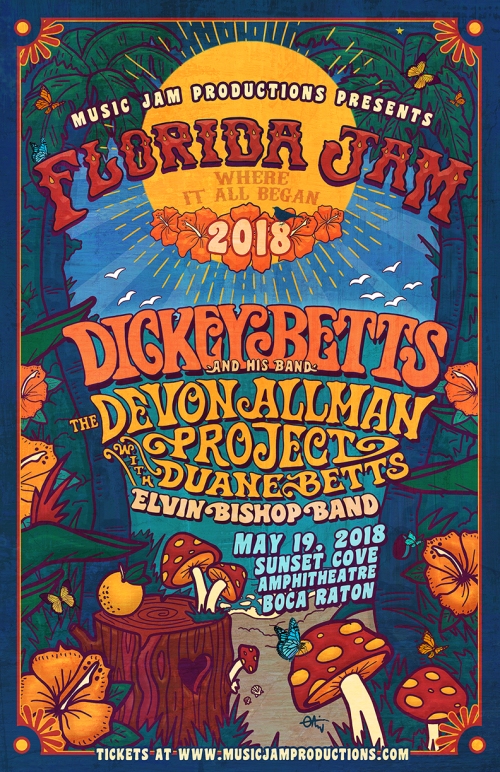 Come join me at this show!

“FLORIDA JAM ON MAY 19 BRINGS THE RETURN OF DICKEY BETTS with his Band, plus the Elvin Bishop Band, plus the Devon Allman Project with Special Guest Duane Betts.  DICKEY BETTS, co-founder of THE ALLMAN BROTHERS BAND and writer of some of their biggest hits, will play all the classics, including “Blue Sky”, “Jessica” and “Ramblin’ Man”.  Dickey Betts has come out of retirement and the word is that he will play only a few select dates and only in locations east of the Mississippi River. Florida Jam is one of only two official concerts in the South East. 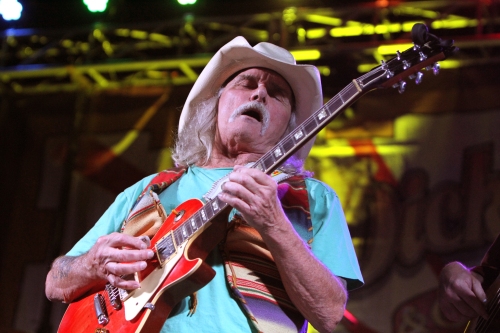 “FLORIDA JAM is the place to see Dickey Betts. This is an even more special show because it is being held in the county of his birth, Palm Beach County, and because this is the only show on the books which also includes The Elvin Bishop Band. In 1971, the Elvin Bishop Group and The Allman Brothers Band co-billed a series of concerts at The Fillmore East. The recordings of these shows have become legendary.  Bishop joined The Allman Brothers Band onstage for a rendition of his own song, “Drunken Hearted Boy,” which is on the The Fillmore Concerts album, an expanded version of At Fillmore East. FLORIDA JAM will be a special reunion with Dickey Betts and Elvin Bishop. Each band, including The Devon Allman Project with Special Guest Duane Betts, will perform full 90-minute sets.

“TICKETS ARE ONLY $70 AND ARE GENERAL ADMISSION SO YOU CAN GET UP CLOSE AT A VERY FAIR PRICE. Click here for tickets!