There will never be a time when I will tire of hearing some great music that’s steeped in New Orleans tradition, so I was excited for Rebirth Brass Band to perform at The Kelsey Theater which is so close to my home!

What an excellent show at this undiscovered gem of a venue!

Rebirth has been in existence for 35 years, although obviously not with all of the same musicians! That is a testament to the durability of the music. Past members include Kermit Ruffins (one of the founders), Glen David Andrews and Glen Andrews (cousins of Trombone Shorty), and Corey Henry, musicians whose names should be familiar to any fan of New Orleans music. 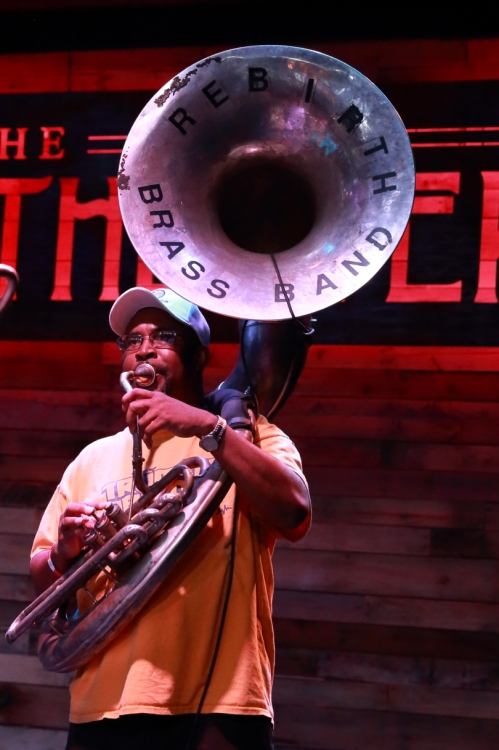 Keith Frazier (in the background) 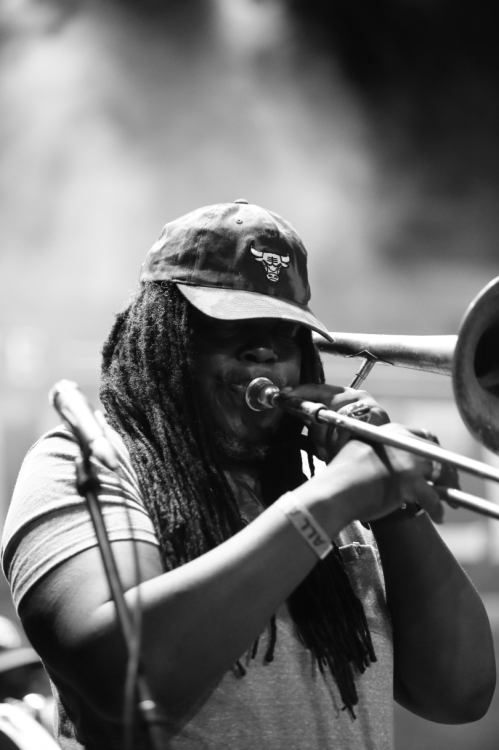 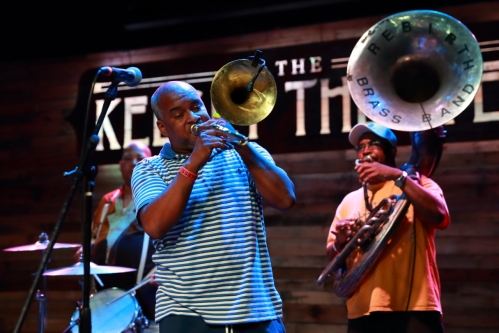 I did not take notes (it is hard to do so when wielding a heavy camera and trying to dance), but I believe they started their set with one of their iconic songs, “Feel Like Funkin’ It Up”.

Some audience members funkin’ it up!

They played a few covers to which they brought their brand of funk, but mostly their set consisted of original tunes. Most of the audience was at least moving to the music; I know I was!

Opening the show was a local band, Public Sounds Collective. I enjoyed their blend of jazz with funk, soul and R&B.

It was especially refreshing to hear original music since many of the local acts I see listed are cover bands.

The Kelsey is a lovely smaller theater. For most if not all their shows there is a VIP seating section which is in the front of the house. I was told some of their shows are fully seated (275 capacity), some partially seated as last night’s show was, and fully standing (450 capacity). The sound was good, beer and wine is served, and the staff very friendly. I will return! 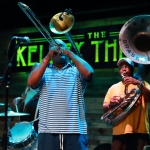 Thanks to The Kelsey Theater for the ticket; all opinions are my own.