← This Week’s Newport Folk Festival Lineup Announcements!
Al Kooper, A Blast From My Past →

“The Seagull” Soared At The Huntington Theatre Company

After reading a review of Anton Chekhov’s ‘The Seagull‘ as well as an interview with the star of the play, Kate Burton, I realized I should not miss this production. 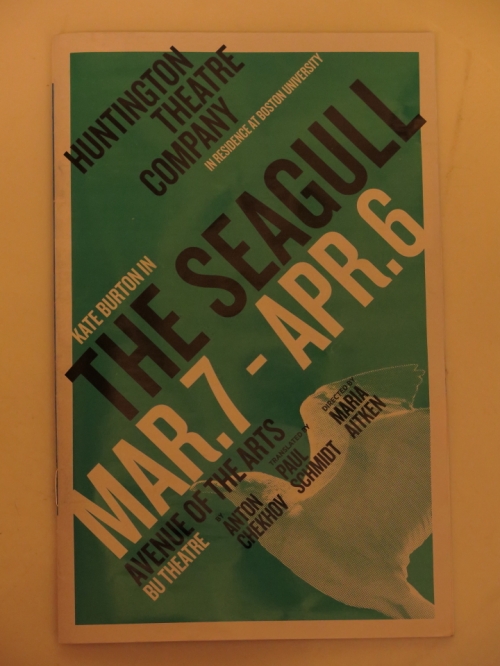 This was my first production by the Huntington Theatre Company and it did not disappoint.

I had not seen a Chekhov production in many years and had almost forgotten how much I enjoy his work. ‘The Seagull’ is not an uplifting story, although it starts as a comedy. I knew there was a tragic ending, although I had no idea what it was (I will not reveal anything about the last act, so no need for a spoiler alert).

The eleven main characters (there are three characters who speak no lines) in the play have intertwined lives as well as difficult personalities which intersect to cause the tragedy in the last act. I am not a theatre scholar, so I will not address the symbolism of the seagull or the nuances of the story.

I will discuss the acting, which I thought was exemplary.

Kate Burton is a renowned Chekhovian actor, a fact of which I was unaware. I am quite familiar with her television work, and love her acting even if her characters don’t give me any warm-and-fuzzy feelings. Seeing her on stage gave me increased respect for her craft. She is a master (and not in the least like Sally Langston, her character in the current hit ‘Scandal’).

Kate Burton (after the show)

Her son, Morgan Ritchie, plays her son in this production, which represents the first time they have played mother and son (they have acted together, however). He is young and talented, and I look forward to watching his career grow.

None of the other actors were familiar to me, although there are a couple who are apparently well known to Boston audiences. Thomas Derrah played Kate’s brother; when I saw his head shot, the excellence of the makeup astounded me because it transformed him completely.

Nael Nacer is the other actor who is well known in Boston, and he did a fine job of portraying Medvedenko.

Maria Aitken directed the play; she was called on to direct it after the original director was forced by illness to resign. According to Kate, she did not change his vision and said that is a difficult feat for a director to accomplish (directing a play using someone else’s vision).

After the show, we were treated to a conversation between Kate and Jared Bowen, the executive editor of WGBH. And what a treat that was!

Kate discussed her father (I discovered quite recently that her father was Richard Burton), Sally Langston, ‘Grey’s Anatomy’, Chekhov, and herself. She is quite intelligent and very much at ease talking about this broad range of subjects. I felt as if we were in her living room, taking tea with her. I plan to see her on stage as often as I can.

How exciting it is to have productions such as this in town. 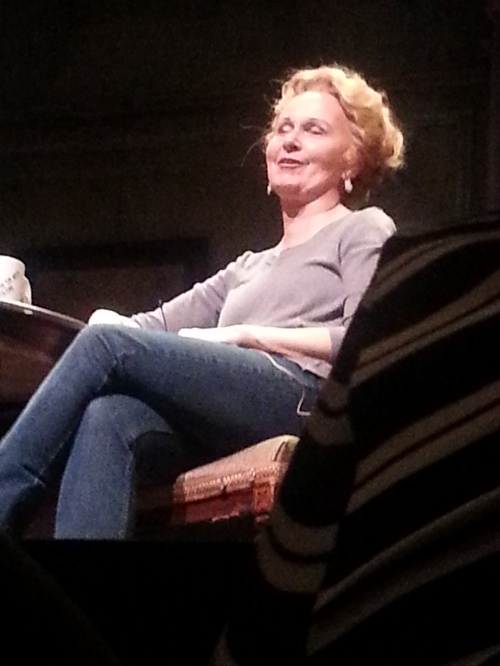 ← This Week’s Newport Folk Festival Lineup Announcements!
Al Kooper, A Blast From My Past →