A Real King Graced The Stage

BB King is one of the first blues musicians with whom I fell in love when I was around 13 years old. I had not seen the 88-year-old BB perform in at least fifteen years, so I was overdue for one of his shows.

BB is a living legend; he has been performing for 66 years, which is more than many artists can say. Last night, Lynn Auditorium was the scene of his most recent performance.

BB’s set started with his band taking the stage and playing for around ten minutes, letting each member of the eight-piece band take a solo. As far as I could discover, the band comprises Ernest Van Trese on keyboard, Reggie Richards on bass, Herman Jackson on drums, Charlie Damers on guitar, Walter Riley King (his nephew) on saxophone, Melvin Jackson on saxophone, Stanley Abernathy on trumpet, and James Bolin on flugelhorn. 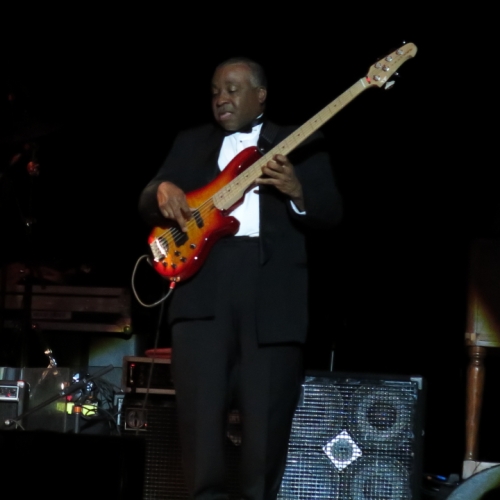 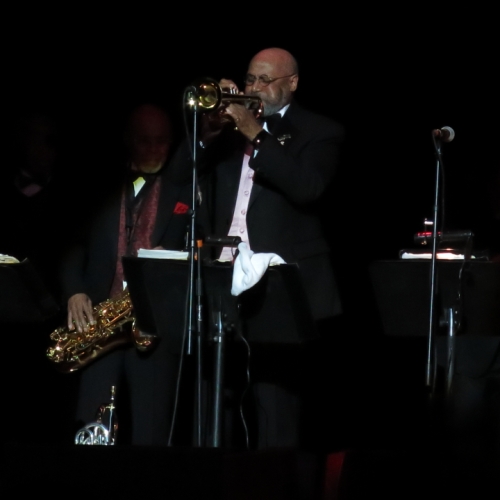 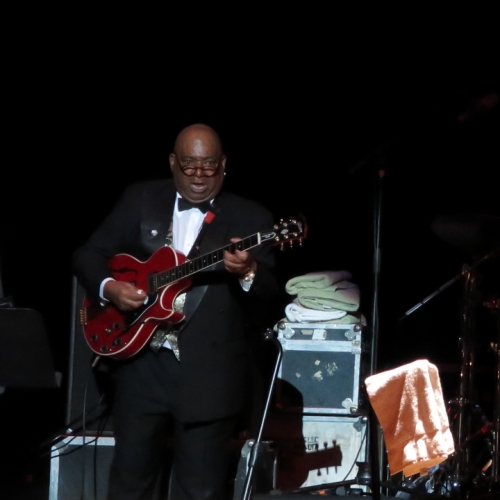 Once he took the stage, BB had the sold-out crowd eating out of his hands. He did some joking and talking between songs, no more (and probably less) than most artists, but clearly he was there to play.

He played some, but not all, of his most-recognizable songs – ‘The Thrill is Gone’, ‘You Are My Sunshine’, ‘When The Saints Go Marchin’ In’, and ‘When Love Comes to Town’ – and had the audience singing right along with him. For a few of the songs, he had us singing the chorus while he played the guitar. 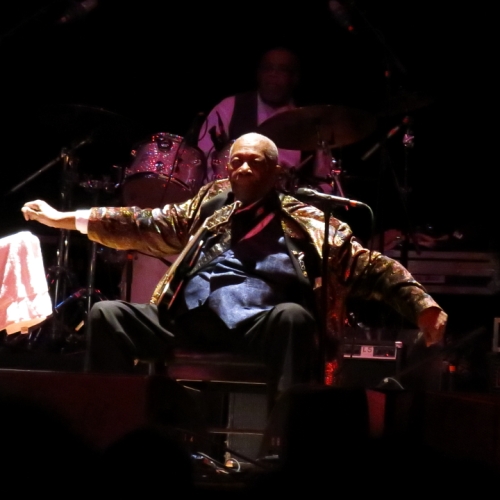 After he finished, he had Quinn join him on stage. Quinn pulled up a chair next to BB and was handed Lucille to play. BB said that very few people get to play her. Quinn played for about ten minutes with BB clapping and nodding appreciatively. 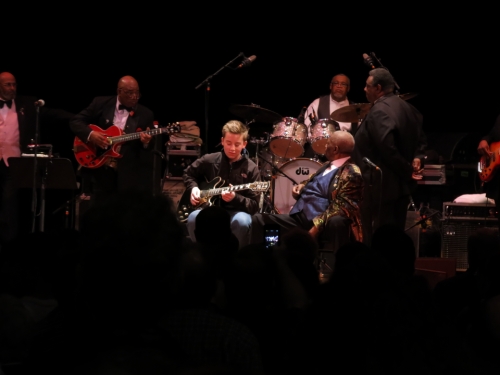 After that, BB sat on the stage signing anything that was put in front of him while his band serenaded the audience. We left after fifteen minutes and he was still signing.

BB still has it. His voice is strong and he can still pick the guitar strings. He may not be singing and playing guitar at the same time, but he did one or the other throughout his 70 minutes on stage.

Opening the show was Quinn Sullivan, a 15-year-old Massachusetts native who has been playing professionally since the tender age of eight. The story goes that he walked up to Buddy Guy at a show and told him he could really play. Buddy handed him a guitar, Quinn played, and the rest is history.

I have seen Quinn on stage several times, and he is a great guitarist despite his youth. He is gaining an understanding of the blues, which only comes with experience. His playing is gaining depth at a rapid rate, and I predict he will have a lengthy career, playing with all of the blues greats in the world.

His band was terrific. Tom Hambridge is the bedrock of the band, playing drums as well as producing (and being Quinn’s best friend). On bass was Jesse Williams, who I saw perform a few weeks ago with Al Kooper. A keyboardist whose name I did not hear rounded out the quartet. 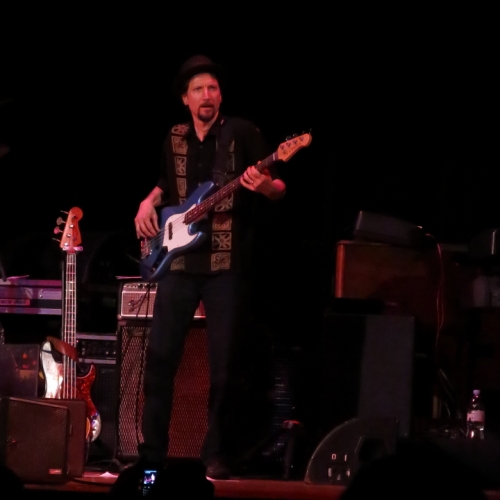 The audience adored Quinn; each song ended to thunderous applause, and the set ended with a standing ovation.

This was a night of great blues music, played by artists at opposite ends of their careers. I was thrilled to be in the audience.

Thanks to Quinn Sullivan for providing the tickets. All opinions are my own. 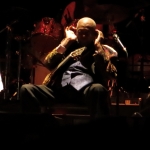 BB, telling us to sing loud enough for him to hear us