The Bottle Rockets, a roots rock band currently based in St. Louis, is yet another band that did not get onto my radar during the past twenty or so years.

They have toured through New England over the past year but I did not have the opportunity to see them until their show this weekend at Johnny D’s. A friend whose opinions I value had an extra ticket so I jumped on it.

Needless to say, I loved this show! It was the perfect antidote to a tiring week – high energy, talented musicians, fun songs, and one of my favorite venues in the area.

Brian Henneman on guitar and lead vocals, Mark Ortmann on drums, Keith Voegele on bass and backing vocals, and John Horton on lead guitar comprise The Bottle Rockets. Their synergy is wonderful to watch! 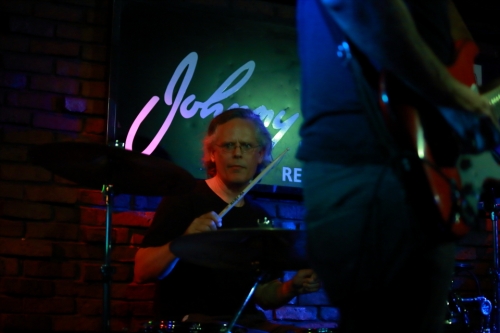 The band recently got back the rights to their first two albums, which they have re-mastered and combined with some never-before-released material on a double CD set. I am listening to it as I write and am re-experiencing the show.

I think the band’s biography explains them much better than I could, so I am borrowing their words:  “The Bottle Rockets never did it the easy way and never compromised their sound or themselves. Always too punk for country audiences, too genuine for the smug irony of the hipster scene, and too smart for the outdoor one-hitter rock festival crowd, The Bottle Rockets remained The Bottle Rockets.” 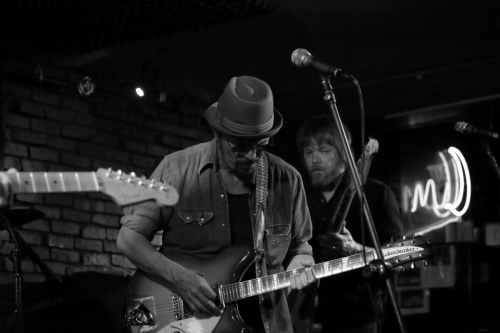 There was certainly no compromise in their sound. It was as fresh and relevant as I imagine it was in the mid-1990s.

There were some long-time fans in the audience including a couple who danced to more than half the songs, a fact that was appreciated by the band. I think they had as good a time as the Bottle Rockets did!

I look forward to seeing them again after I get myself familiar with their music! People who enjoy roots rock will probably enjoy The Bottle Rockets.