I knew that Murali Coryell is the son of famous jazz guitarist Larry Coryell, and was as excited to see his show at Regattabar last week as I have been to see his father’s shows at that venue.

I presumed Murali played jazz. Wrong! Murali is just as talented as his father, but in the blues and soul music genres. 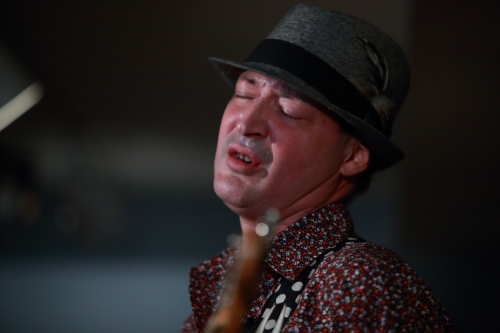 As Murali and his trio entered the room – early! – he stopped at many tables to say hi to longtime friends and thank them for coming to the show. I was seated with some of those friends, so he said hello to me and asked if we knew each other.  Not yet, Murali, not yet.

Murali greeted the audience as if we were all friends, and then launched into his first song which was one of many from his new album, ‘Restless Mind’. Imagine my surprise when I heard blues riffs emanating from his guitar! 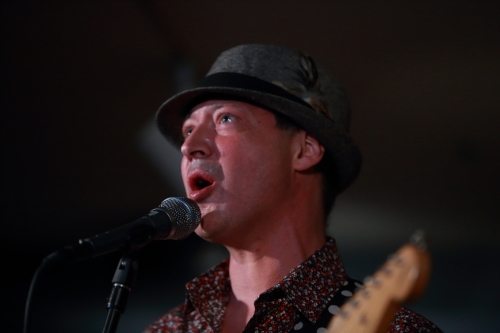 He is ably supported by Bill Foster on six-string bass and Dorian Randolph on drums. Dorian also provides backing vocals; his harmonizing added much depth to the songs.

I believe the only cover song they performed was ‘Let’s Get It On’, and it was a fabulous rendition of that soul music classic. He prefaced the song by saying that it was, after all, Friday night so it was the right day of the week for it.

Murali told us that at the age of three months he was held by Jimi Hendrix, and wrote a song entitled ‘In the Room with Jimi’. It is a beautiful song that evoked a mental image of the brilliant young guitarist marveling over a tiny baby, something I doubt Jimi often did. 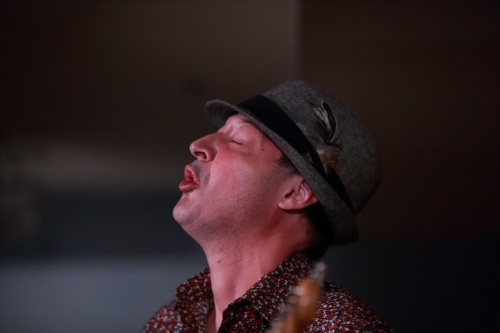 Most of the set derived from ‘Restless Mind’ but he did play some older songs, including one he co-wrote with the gifted drummer Tom Hambridge (I am not sure of the name of the song because there are a number of songs that he wrote with Murali).

I enjoyed this show more than I was expecting in part because the style was not what I had anticipated. Murali could play much larger venues than the 225-seat Regattabar, but I sense that he is most comfortable where he can see and relate to his fans. He was able to tell a twelve-year-old boy who was there with his father that he was a lucky kid to have a father who wants him to experience live music.

Much as I loved this show and would see Murali and his trio in a heartbeat, I would also love to see him perform with his father and brother Julian. That must be something special – maybe Regattabar can book them in the near future.