← 2014 By The Numbers
High-Energy Funk from Barrence Whitfield →

Several friends told me how much they enjoy Girls Guns and Glory, a Boston-based country-rock band, but I’d not yet seen them perform. Every year around the new year, they perform a Hank Williams tribute show and I was fortunate to see one of the sold-out shows at Lizard Lounge! 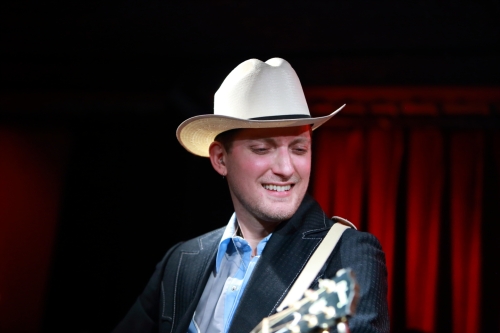 There is no denying that Hank Williams (Sr.) was one of the great country songwriters of the 20th century, and honoring him on the anniversary of his death is a fitting tribute. 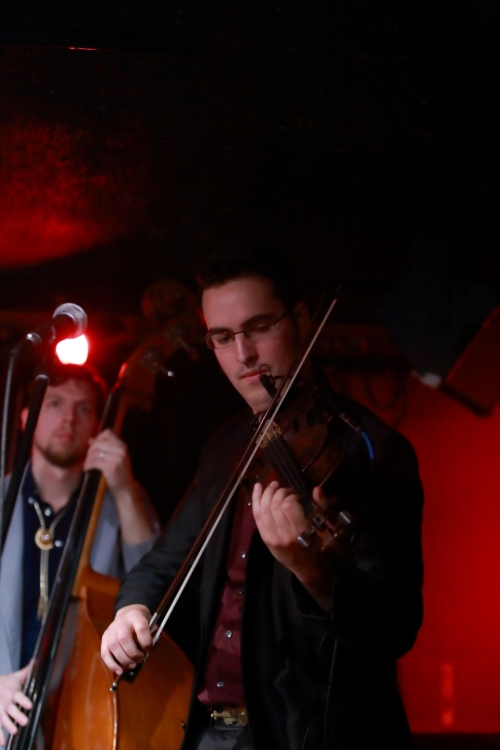 As one of my friends said, ‘I had no idea I like Hank Williams so much!’ He wrote a lot of songs in such a short life, and GGG performs them so lovingly and with a great deal of reverence. 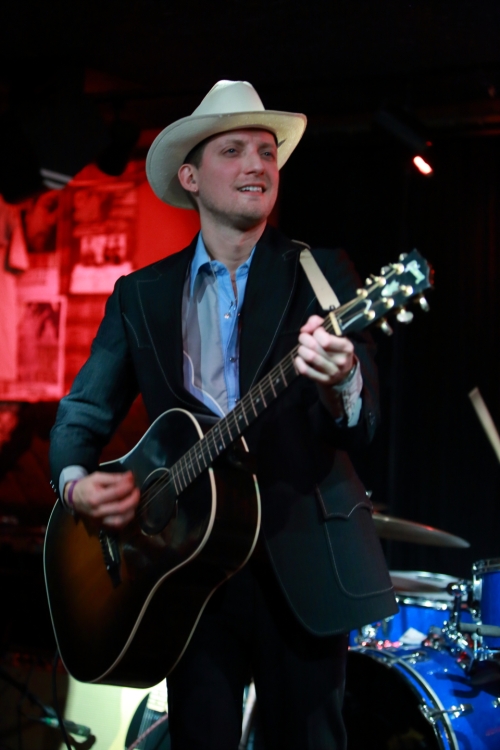 Ward Hayden on lead vocals and guitar, Paul Dilley on electric and upright bass, Josh Kiggans on drums, and Chris Hersch on lead guitar comprise GGG. On this night, they had a fiddle player with them named Jason Anick; while I do not know what the band sounds like without a fiddle, I thought he complemented their sound. 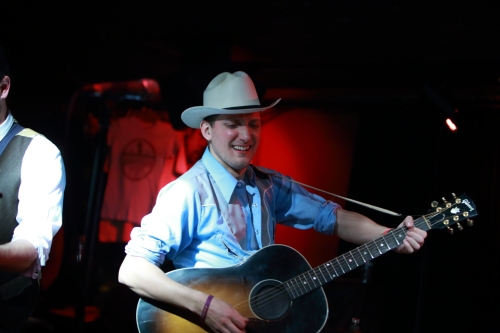 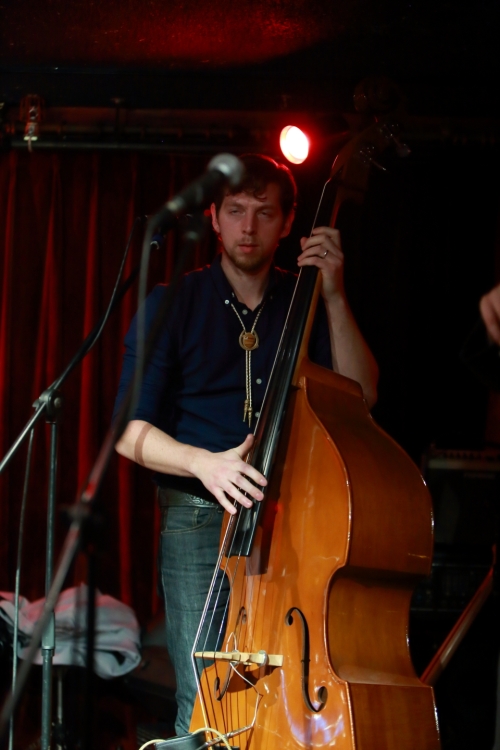 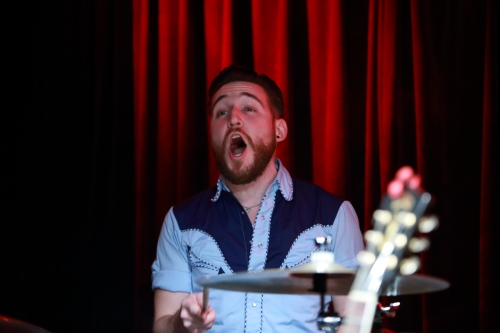 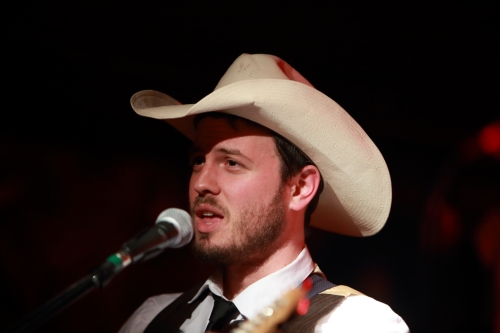 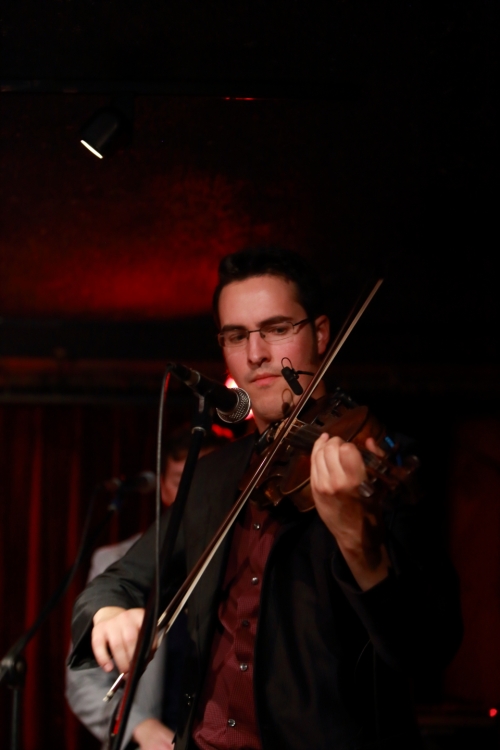 GGG played three of these tribute shows at Lizard Lounge and from what I read, the set list was different for each.  At this show, they performed ‘Jambalaya’ and ‘Move It On Over’, songs I know well but had no idea were written by Hank. Also on the set list were ‘Your Cheatin Heart’ and ‘So Lonesome’, songs I knew were Hank’s songs. There were also songs I did not know – ‘Long Gone Lonesome Blues’, ‘My Bucket’s Got a Hole in It’, and ‘Moanin the Blues’. They also performed some GGG songs at the end of the set; I enjoyed those and look forward to seeing the band performing only their own music. 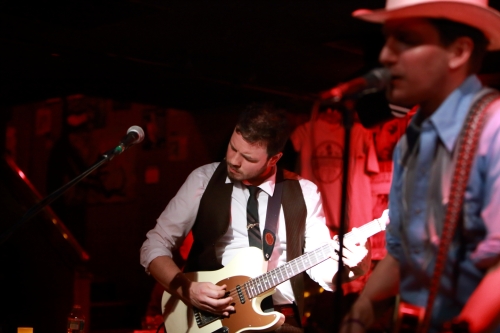 This was a high-energy show, especially considering it was new year’s day when many people are tired from staying up too late the previous night. 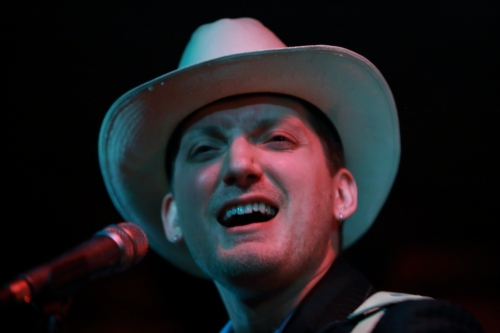 They are all excellent musicians, but I especially enjoyed Ward’s emotions that came through in every song and Chris’s guitar work. 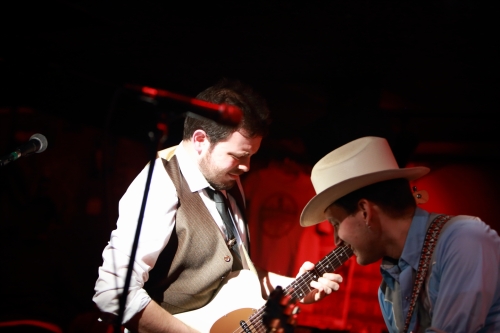 Opening the show was Miss Tess and the Talkbacks, another band about which I heard many good reports but had never seen before this night. 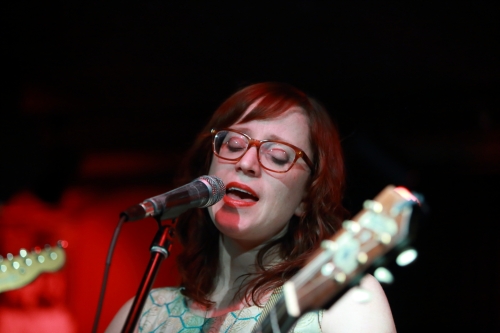 This band is hard to put into one category; their style, at least on this night, was country and rockabilly, although I read that they are considered a roots-rock band. Regardless, they are a lot of fun to watch.

In addition to Miss Tess on guitar and lead vocals, the band includes Thomas Bryan Eaton on electric guitar, James Gascoyne on upright bass, and Matt Meyer on drums. Unfortunately, this was Matt’s last show with Miss Tess – he is joining Pokey LaFarge’s band! 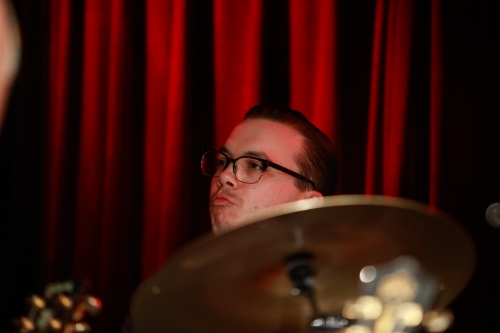 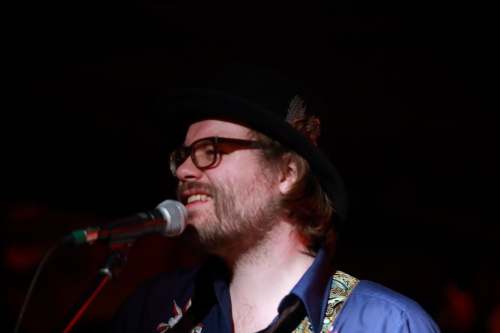 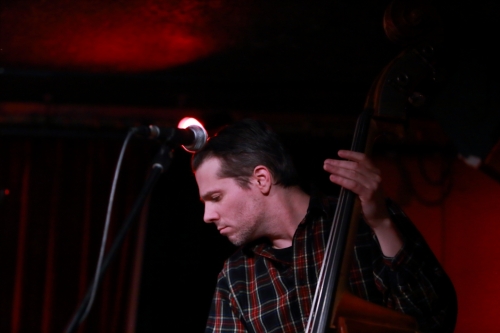 I think both bands had more energy than the audience, even though GGG told us several times that we were the most energetic of their audiences that weekend! I know I was content to chair dance…

This was a wonderful way to start my year of music!

Matt of Miss Tess and the Talkbacks

← 2014 By The Numbers
High-Energy Funk from Barrence Whitfield →