I attended my first house concert – the Fox Run Concert Series – because of the strength of the performers; I also heard they can be very cool. Mark Erelli, Charlie Rose, and Susan Cattaneo are musicians I saw perform at least once each last year and was impressed each time. This opportunity to see them in an intimate setting – my guess is that there were 40-50 people in attendance – was one I could not forgo.

What a fabulous show in a great setting!

Mark and Charlie were the headliners at this show; they play together in Barnstar! (yes, the exclamation point is part of the name), so they are clearly comfortable performing with each other.

Mark told us at the outset that the show would be what he calls his ‘Milltowns’ show, named after his 2014 release honoring his mentor and great influence, Bill Morrissey. What a great tribute to a singer-songwriter who died too young.

Mark plays both guitar and mandolin as well as harmonica, although he played mandolin on only one song.

Charlie played a number of instruments including banjo (which he plays in Barnstar!), guitar, and pedal steel. He’s a wonderful instrumentalist, but he truly soars on the pedal steel (which is arguably one of my favorite instruments).

Mark and Charlie played two sets.  Many of the songs came from the ‘Milltowns’ album, but they performed songs which Mark wrote as well, including the title track from ‘Milltowns’ which was written for Bill. 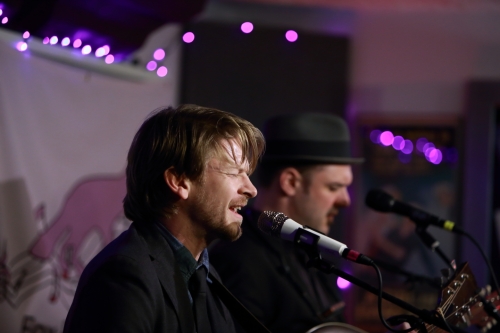 They also played a song written by Charlie, from his recently-released first solo album, ‘Stowaways’. This was the only song on which Charlie sang lead vocals. 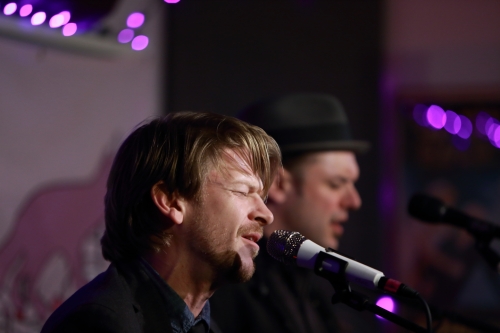 Mark has a beautiful voice, as well as a stage presence that makes it easy to relate to him.

Opening the show was Susan Cattaneo, a songwriting professor at Berklee College of Music who I have gotten to know and love over the past year. 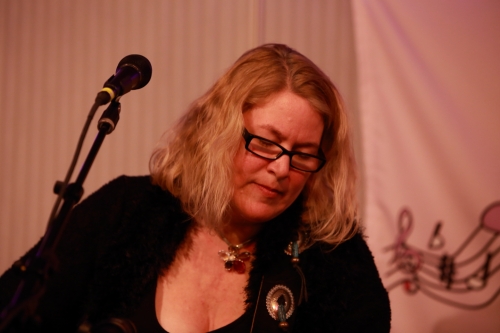 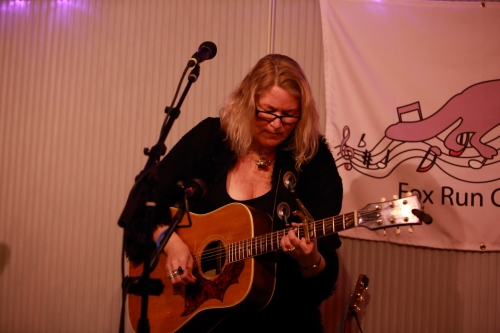 Susan is so much at ease on stage that I can easily imagine her teaching a class of young songwriters and getting through to them. 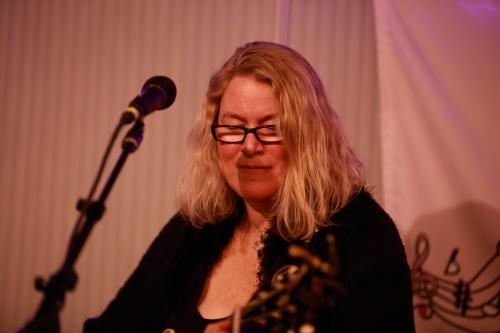 Laurie and Neale are the delightful hosts of Fox Run Concerts. What a joy to walk into their home as a stranger and leave feeling like a friend! You can’t possibly have a bad time surrounded by Marx Brothers memorabilia and vintage kitsch!

Laurie commented that over the 15+ years during which they have hosted shows, less than ten percent received standing ovations as Mark, Charlie and Susan did this night. I look forward to seeing more wonderful shows at Fox Run!

You can see Mark and Charlie perform with Barnstar! at Oberon (part of the American Repertory Theatre) on February 4th, but only if you hurry. You can see Susan perform at a number of shows over the next few weeks, including a show at Johnny D’s this Thursday which honors Linda Ronstadt. 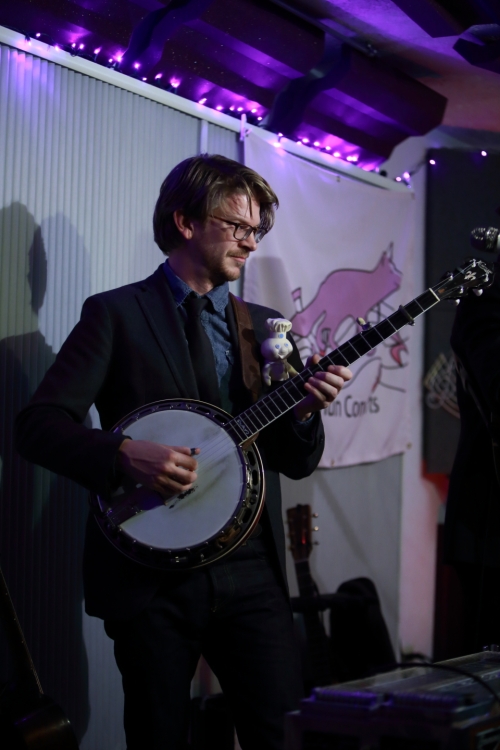 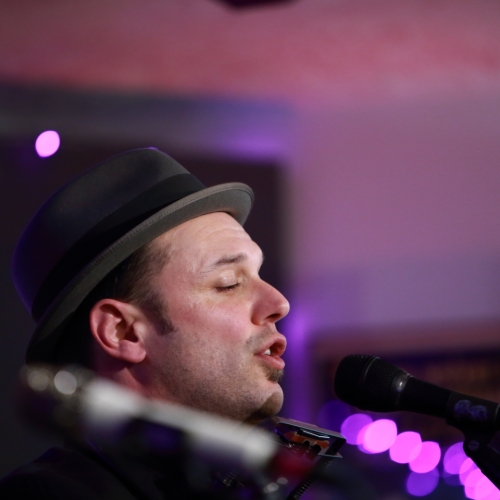 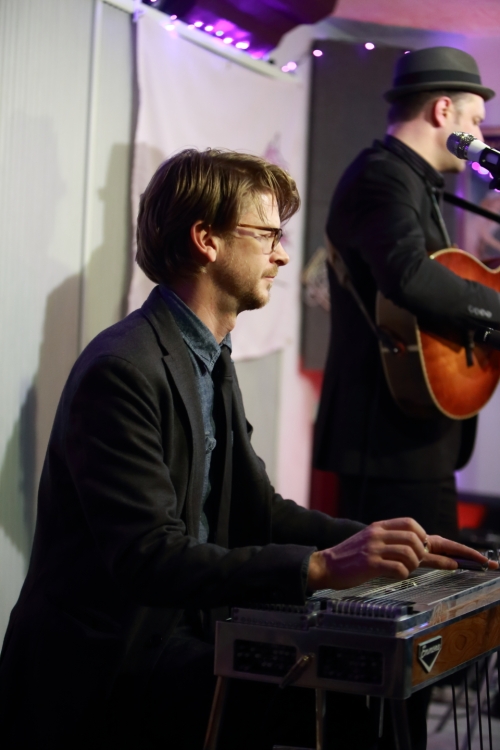 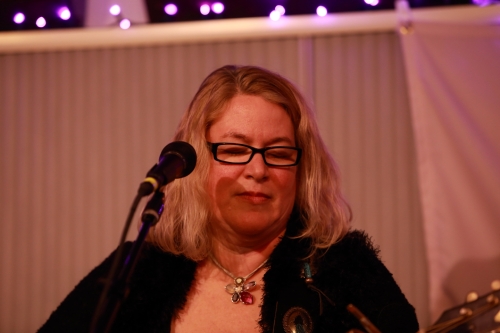