The Extended Play Sessions American Roots Music Television announced that old-timey bluegrassy roots act Laney Jones and the Spirits will be in the studio for a Session on Friday, April 24th at 7 pm. I may be a bit biased since I know this act well, but this Session is one not to be missed! 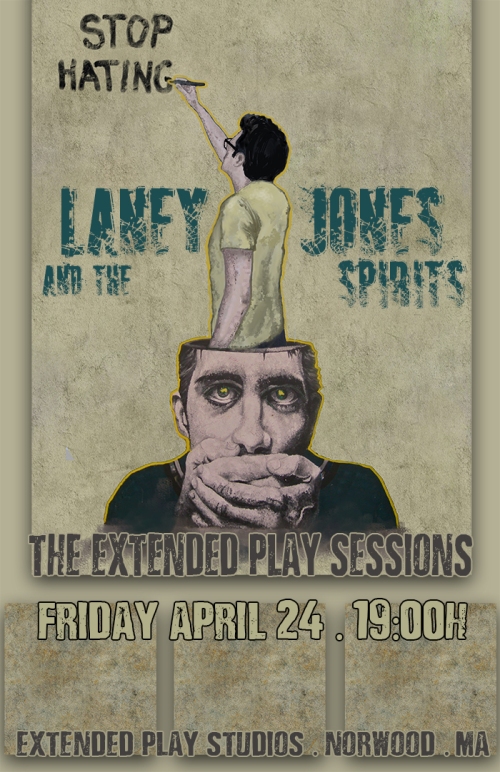 “Raised on an exotic animal farm in rural Mount Dora, FL, Laney Jones sings tales of love and adventure with a voice that has been described as “a mix of lemon, molasses, gin and gunpowder” (WPRK), mellifluous and smooth but brimming with passion. Her live performance highlights her multi-instrumental prowess on banjo, ukulele, tenor guitar and harmonica backed by her band the Spirits. Since releasing her first studio album Golden Road in 2013, she has traveled far from the orange groves and marshes of her home, graduating from Berklee College of Music and playing festival stages from coast to coast.

“This past January, Jones was featured on the PBS series, Great Performances. The 90-minute documentary offers an overview of the Kennedy Center’s American Voices weekend-long festival and features Laney as an emerging artist alongside musical great Alison Krauss. Additional accolades for the band include invites to SXSW, Sundance, a formal IBMA showcase and a Southern Musician Sponsorship from Belk Department Stores which earned her performances with Lady Antebellum, Tim McGraw, Brad Paisley, Rascal Flatts and Keith Urban. Laney Jones and the Spirits are set to release their next album in fall 2015.”

This is a unique “speakeasy” with very limited seating for just 40 lucky souls; every seat is no more than 25 feet from the stage.

Laney Jones and the Spirits will be sharing their talent with The Extended Play Sessions as they take the stage on Friday, April 24th to film The Extended Play Sessions. Doors are at 6pm with the show at 7pm and you can be included (for a $25 donation) by contacting them via e-mail at studioconcertseries@gmail.com. You can also purchase a ticket online here.  All guests are “invitation only” courtesy of the Extended Play Sessions. Guests are invited to enjoy complimentary food from the legendary buffet, complimentary beverages including beer, wine, soft drinks and mixed adult beverages. Beverages and food are available during the filming as well.

The Extended Play Sessions American Roots Music Television Studio is located just 25 minutes from downtown Boston in Norwood, Massachusetts (minutes off I-95 and Route 1) and has free parking right outside the doors! The $25 donation includes good food and an open bar! Oh, you and about 39 other people will receive a poster that the artist will sign to hang on your wall!