← Up-And-Coming Retro Majestic Indie Rock Act Delivers A Solid Performance
How Much Better Can The Newport Folk Festival Line-Up Get??? →

The Acoustic Poetry of We Are Baker

I had the privilege of meeting We Are Baker last year at The Extended Play Sessions.  A duo composed of Mishal Moore and Richard Cortez, their music is both thought-provoking and unusual.  Today they released a short film/long video of their song ‘Owl’. 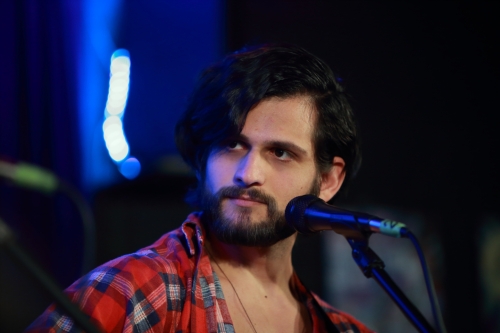 I am far from an expert on music videos, but this film captures what I know of Mishal’s and Richard’s personalities. Emotional and introspective, those qualities and more are conveyed through this film. Their music is not easy to quantify. When I was introduced to them, they were described as soulful jazz, although jazzy soul might better suit them. Those fit as well as any descriptor (okay, they are not a country band, nor are they a pop, rock, or roots band).

There is a tremendous amount of sensuality in their music and their live performance, and that is conveyed well in this video.

We Are Baker is embarking on a European tour in the very near future; if anyone reading this wants to host a house concert, please contact their manager, Elliott Chambers, at echambers@wearebaker.com. They are worth seeing.

← Up-And-Coming Retro Majestic Indie Rock Act Delivers A Solid Performance
How Much Better Can The Newport Folk Festival Line-Up Get??? →