← The Spirit of Hank Williams Lives!
Are The Newport Folk Festival Announcements Finished? →

I love Django Reinhardt and gypsy jazz, and was excited to see this Django a Go Go show at Regattabar. I was not prepared, however, to be as amazed as I was by the immense talent on the stage this evening. Django a Go Go is a project of Stephane Wremble, a French (although soon-to-be American) musician who fell in love with Reinhardt’s music before he came to Boston to study at Berklee College of Music. 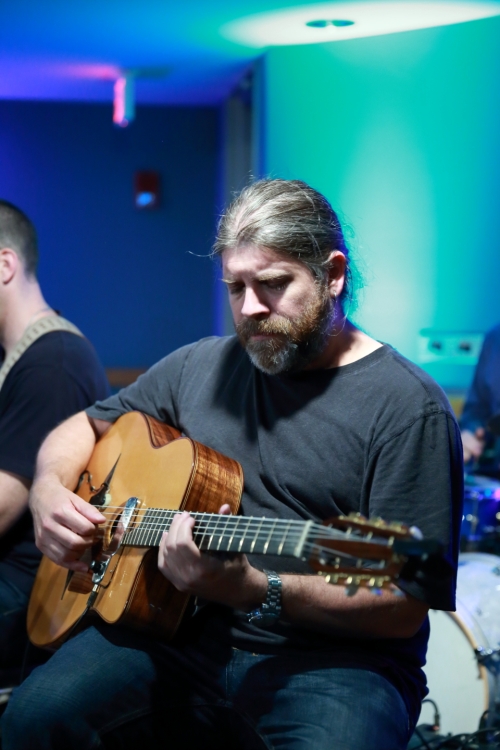 The evening began with Stephane’s band – Kells Nollenberger on bass, Nick Anderson on drums, and Tim Clement on guitar – performing several numbers written by Stephane, who explained the progression the evening would take. 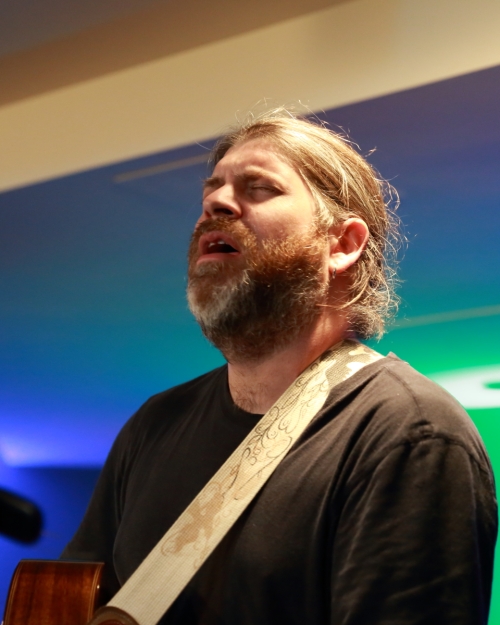 First was a tune that was not strictly gypsy jazz and that led to gypsy jazz tunes Stephane wrote. From there, as he brought additional musicians to the stage, the show became mostly Reinhardt’s songs.

The first guest was French guitarist Kamlo Barré. I was seated directly in front of him and it was fascinating to watch his fingers glide across the guitar. 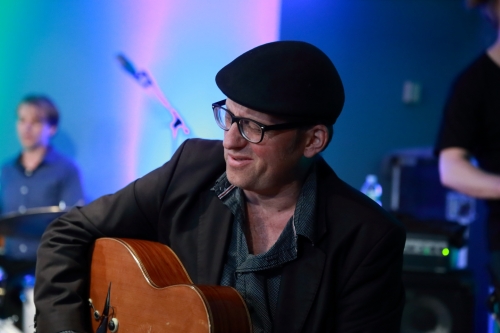 Shortly thereafter, David Langlois brought his washboard to the stage. I was surprised to see an instrument completely different from the washboard/rubboard/frottoir I see with zydeco bands. This looked like an old pot and an old cake pan attached to a wooden washboard which David played with metal tips on his fingers. Fascinating!

In quick succession, John Intrator on violin, Sébastien Felix (a Sinti gypsy) on guitar, and Howard Alden on guitar joined the others on the stage. Stephane explained that Howard wrote the score to the Woody Allen film Sweet and Lowdown which is about Reinhardt and stars Sean Penn; Stephane taught Penn to play guitar for the film because Penn wanted his performance to be as realistic as possible. 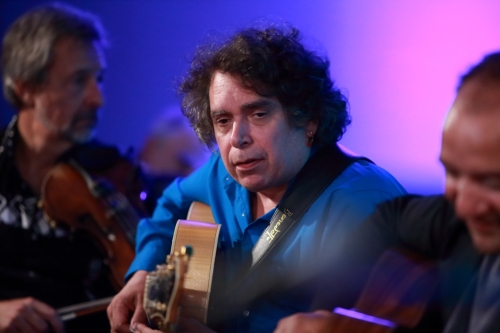 At this point, there were five guitarists on this small stage! 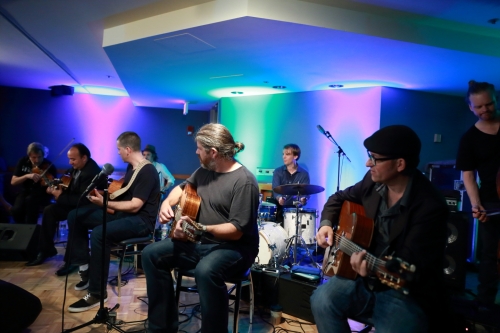 Reinhardt recorded a number of albums with the great violinist Stéphane Grappelli, and I could hear Grappelli’s influence on John’s playing which I thoroughly enjoyed.

One thing that surprised me was that I could discern slight differences in the guitarists’ individual styles. I cannot adequately describe those nuances, but each guitarist brought a unique perspective to Reinhardt’s music that was delightful to hear.

Last to the stage was Davinder Singh on baritone sax. He brought yet another layer to Reinhardt’s music for the last couple of songs in the set.

I could have listened to them play all night; judging by the extended standing ovation, the rest of the audience concurred. They returned to the stage for an encore, which just about tore down the house!

According to Stephane’s website, each of the shows on this tour would be different. They only did one show in Boston, but I hope they return and do multiple shows because I will attend every performance! 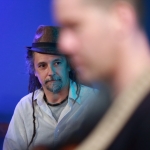 ← The Spirit of Hank Williams Lives!
Are The Newport Folk Festival Announcements Finished? →