Fabulous Americana Triple-Header At The Sinclair

Two of my favorite bands to see live – Darlingside and David Wax Museum – along with an artist who was new to me, Anthony D’Amato, played a marvelous show to a sold-out crowd in March at The Sinclair. I was fortunate to be in the house that night and witness the reaction of people who had seen only one of the co-headliners when they saw the other co-headliner! Both bands got many new fans that evening.

David Wax Museum and Darlingside (a capella in the audience)

Darlingside was first to the stage (after opener D’Amato) and played their usual high-energy set of Americana music. I apologize for the quality of the photos which are not up to my usual standard (the lighting was not ideal for them).

They are touring in support of their most recent release, Birds Say, which has received much critical acclaim (and for good reason).

Auyon Mukharji on fiddle and mandolin, David Senft on bass and guitar, Don Mitchell on guitar, and Harris Paseltiner on cello comprise the band. All sing lead and harmony, and those harmonies are spectacular! 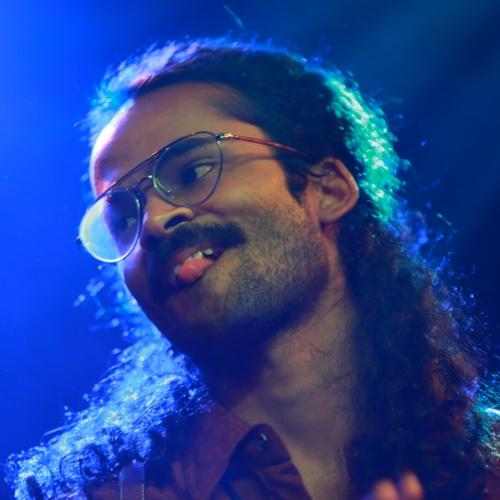 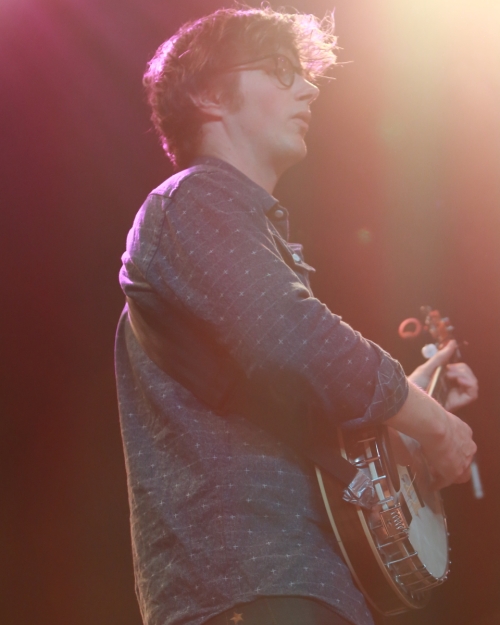 They are smart, witty, and extremely talented and would be well worth your time to see.

A fair number of people left the venue after Darlingside’s set, and they missed the wonderful David Wax Museum set.

Touring to support their most recent release, Guesthouse, they delivered an energetic set of Mexo-Americana music. 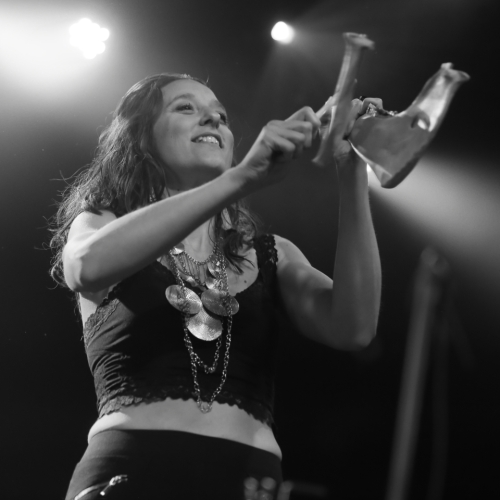 Suz Slezak (yes, that is a donkey jawbone) 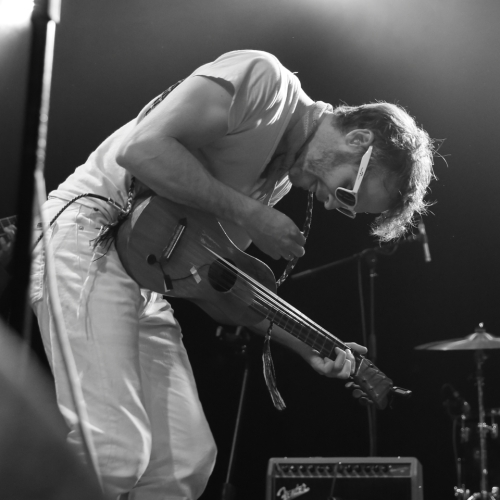 Their set spanned all their albums, and they performed their best-known songs to the delight of the audience. 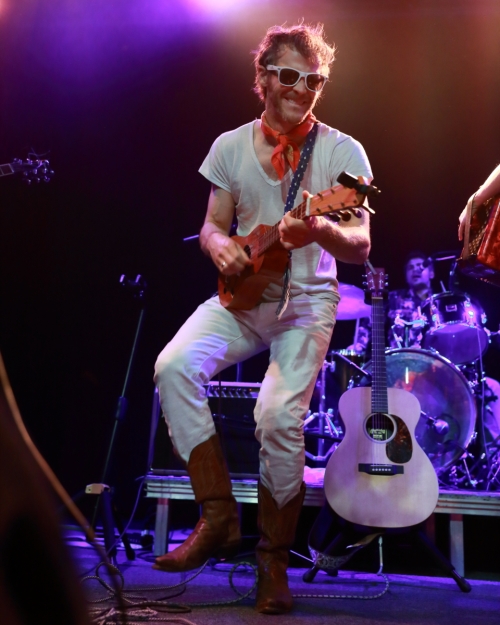 Members of their band are Chris Dammann, Charles Rivera, and Danilo Henriquez. 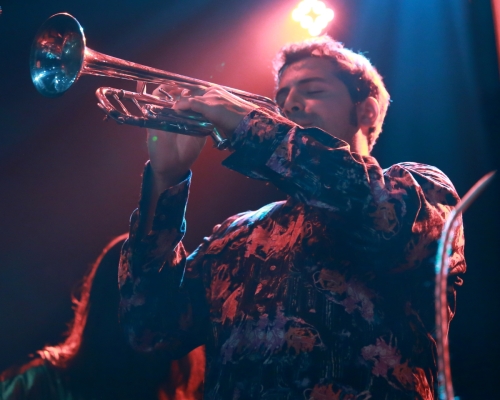 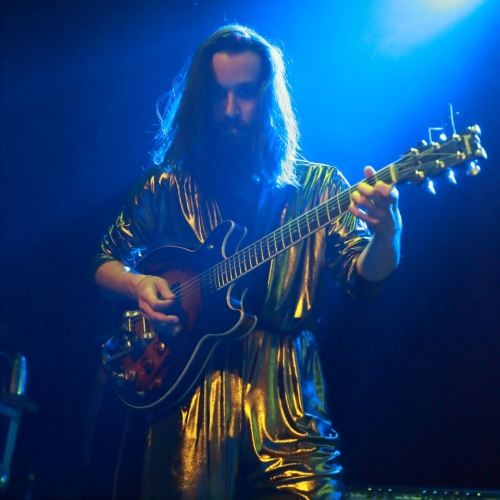 For the encore, both bands (it is possible that D’Amato was there as well, but I was not able to see him if he was) came out into the audience with their instruments and performed a couple of numbers a capella. What an incredible to way to end a superb show!

As previously mentioned, opening the show was singer-songwriter Anthony D’Amato. I enjoyed his set and look forward to seeing him again at Green River Festival. 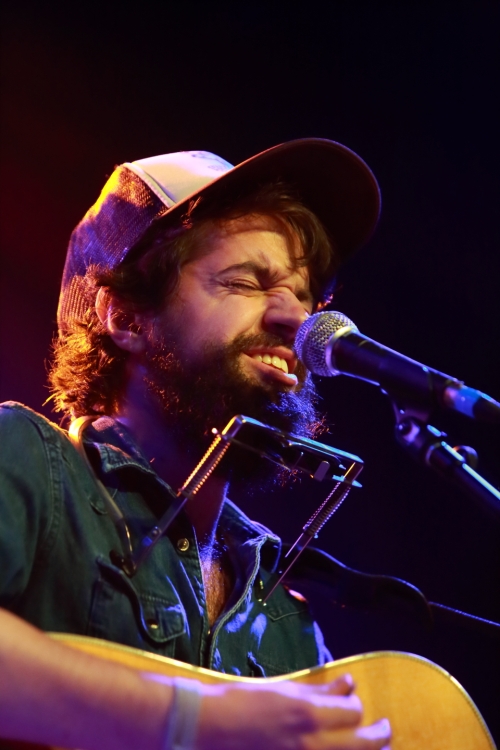 Get out to see both headliners as often as you can! This was a brilliant pairing for a tour. 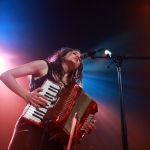 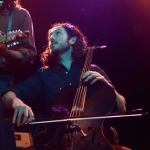 Thanks to Darlingside for the ticket; all opinions are my own.