The fabulous Canadian blues artist Matt Andersen made his way south of the border for a tour supporting his most recent release, Honest Man, and I was fortunate to be able to see not one but two of his shows! This Extended Play Sessions show was the second of those shows, and by now I knew his new album very well. 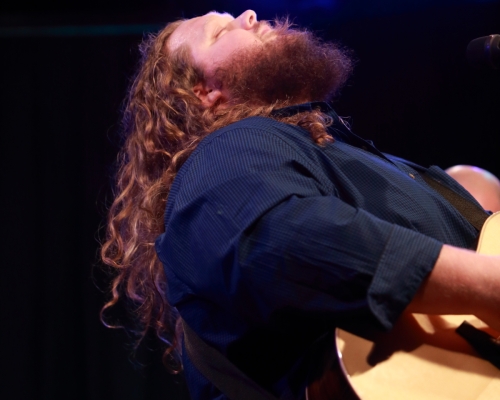 There is something about his new music that caused it to become an instant favorite. Every time I listen, a different song is my favorite. Overall, I believe ‘Let’s Get Back’ is number one, but ask me tomorrow and I will have a different response! 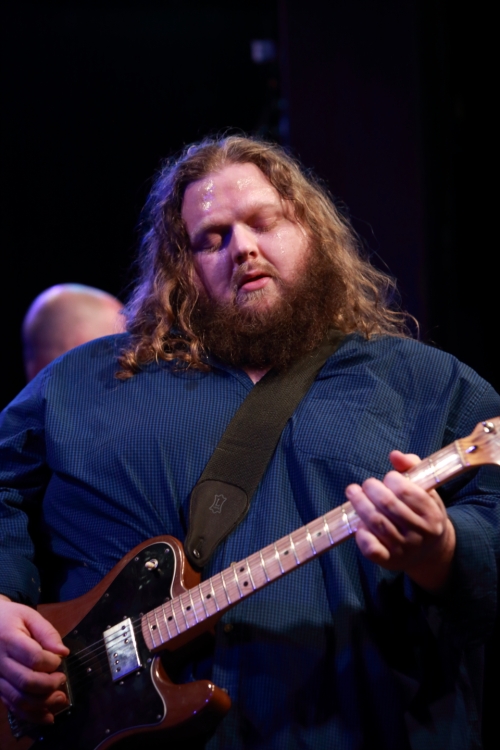 The expression that defines Matt, to me, is ‘gentle giant’. He has a large presence on stage, especially when he throws his head back and lets his long hair fly. His voice, which is smooth as silk, as well as his lyrics fill a room even more. 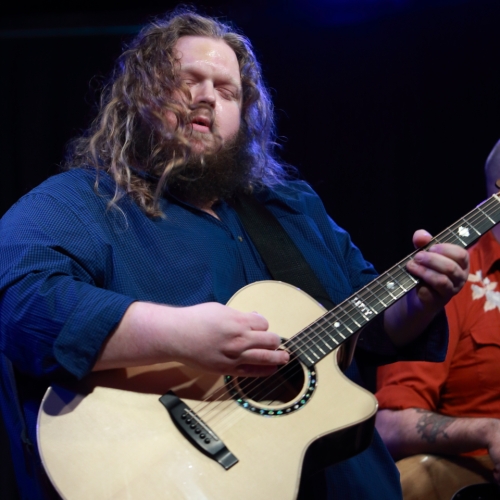 “The gift of life is all you’re gonna need” he sings in ‘The Gift’. “We used to love with open arms/without a question, without alarm/someone’s locked the door and thrown away the key/ let’s get back to where we used to be.” Powerful words! 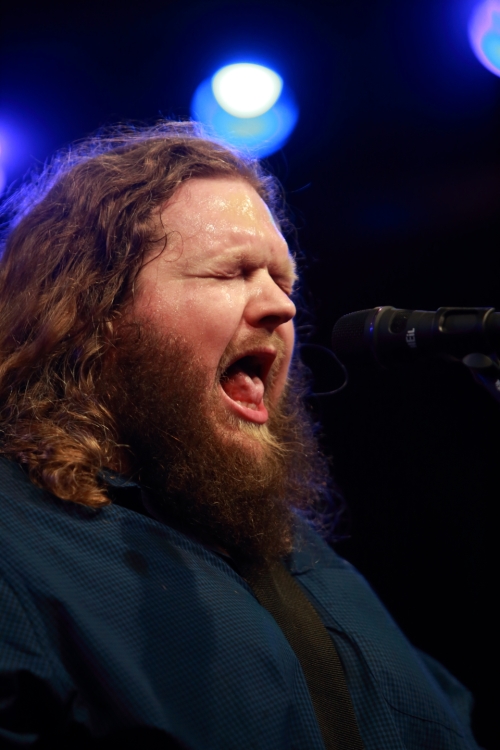 Matt is as excellent a guitarist as he is a singer. He is ably supported by The Bona Fide; Geoff Arsenault on drums, Mike Farrington Jr. on bass, and Chris Kirby on guitar and keyboards comprise the band. Apparently this is the first time Matt has toured with a band – please do it again! 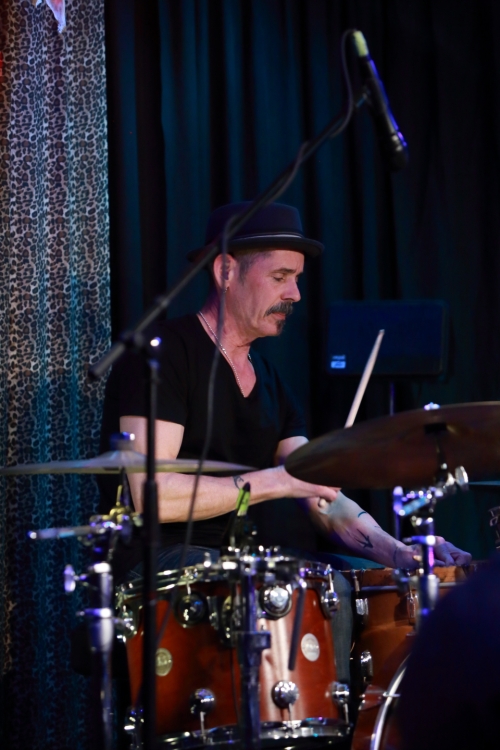 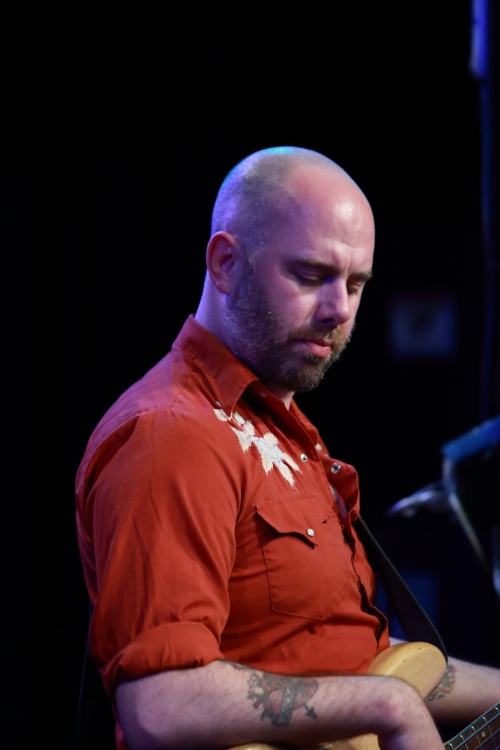 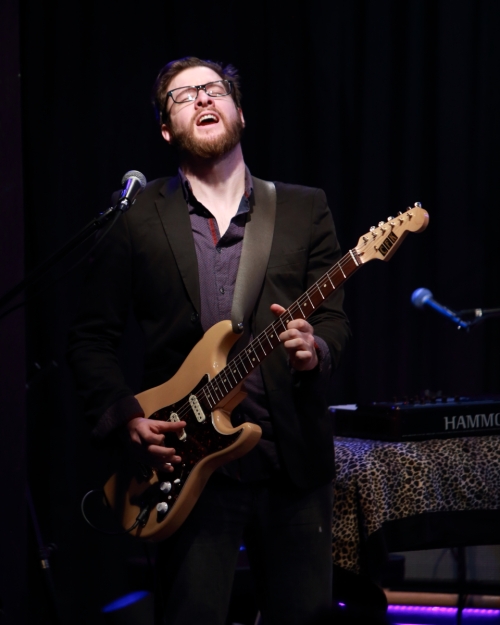 They played some songs from earlier recordings, but most of this show drew from Honest Man. 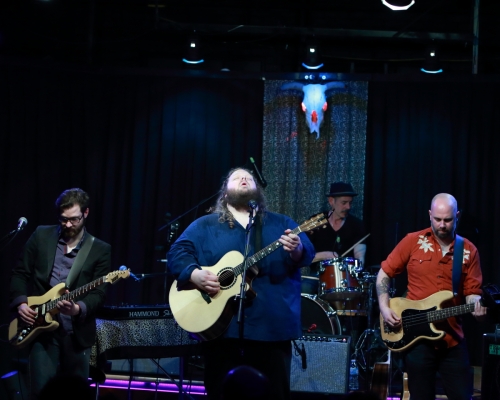 Matt Andersen and The Bona Fide

Unfortunately, Tom Wilson and his son Thompson, fellow Canadians who are part of Lee Harvey Osmond, did not appear with Matt and The Bona Fide for this show as they did on most of the tour.

“It’s so hard these days getting by as an honest man.” Matt, I think you are doing just fine with that. 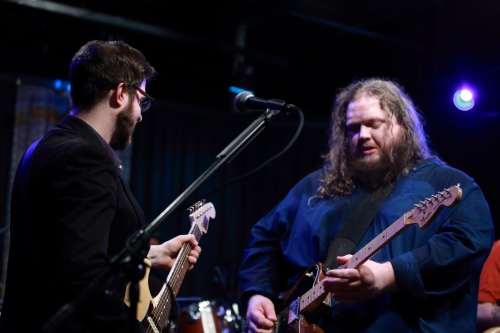 Matt, you may regret telling us we were welcome to come enjoy your hot tub and whiskey if Trump is elected. I think all of us in the room this night would take you up on that! 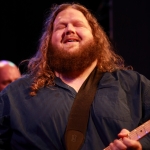 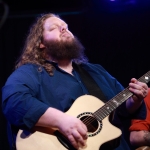