← An Intimate Afternoon With Bob Weir
If You Like Boz Scaggs, You Will Love Garrett Lebeau! →

An Evening of Guitar Magic

While I have seen Jason Isbell perform a number of times over the past four years, I had not seen him with the 400 Unit since the band swept the 2014 Americana Music Association top awards with the album Southeastern nor since they won the best album and song awards at this year’s AMA. 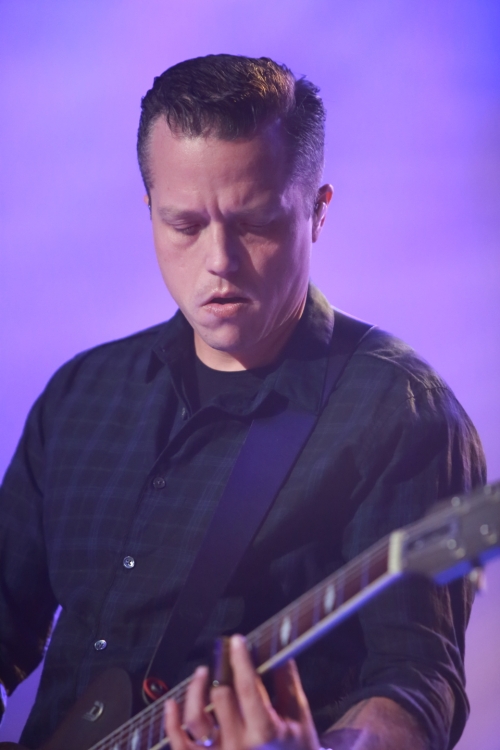 I love the latest album, Something More Than Free, so I knew I was in for a treat at his recent show at the Lowell Memorial Auditorium.

I was surprised that the show did not sell out but everyone there was thrilled to be at this show. There was much energy in the audience and it was more than matched by the energy emanating from the stage.

Jason has been making music for fifteen years, initially making his mark with the Drive-By Truckers. Since striking out on his own in 2007, his career has seen a meteoric rise as evidenced by the awards his two most recent albums have received.

Comprised of guitarist Sadler Vaden, bassist Jimbo Hart, drummer Chad Gamble, and keyboardist Derry DeBorja, the 400 Unit (named for the psychiatric ward of an Alabama hospital) is more than mere support for Jason; they are all fantastic musicians. 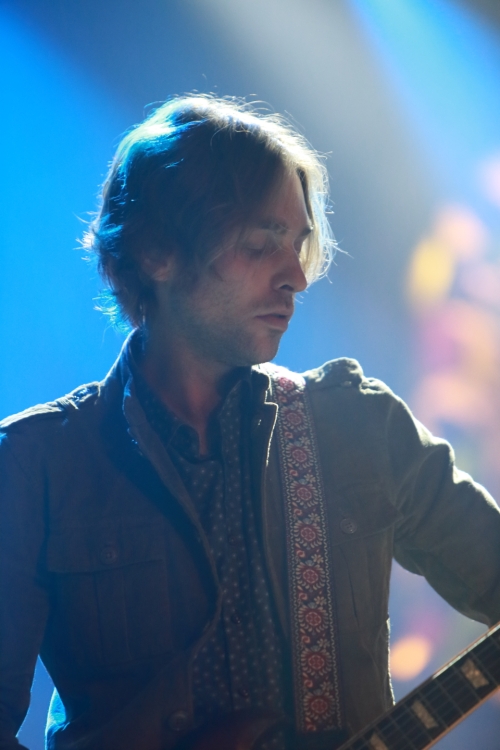 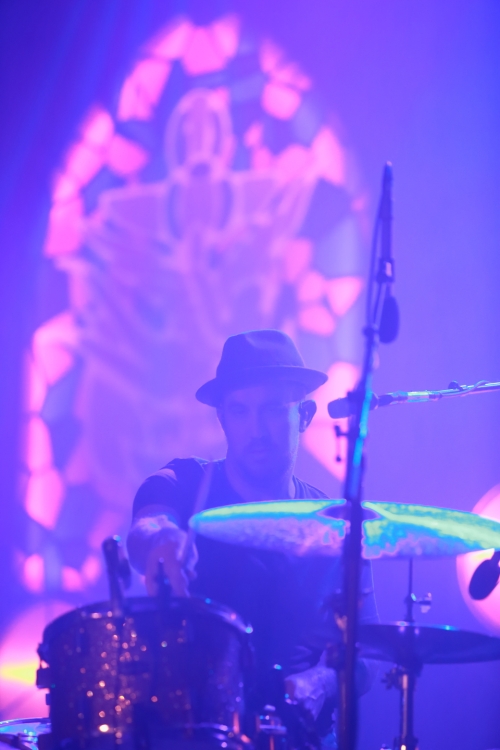 This music is (to me) classic Americana, combining elements of classic country, southern rock, alt-country, and probably rock as well. This show was a guitar fest, showcasing the talents of Jason and Sadler (who I had the privilege to see in Nashville in 2015 at country western guitar hero night at The 5 Spot). They play off each other superbly and I loved listening to them. 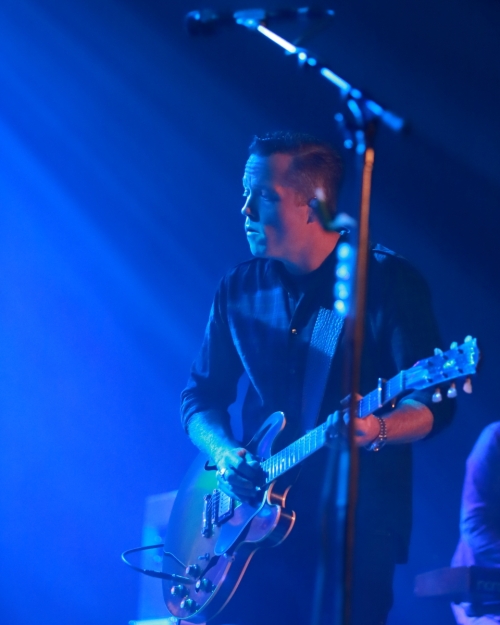 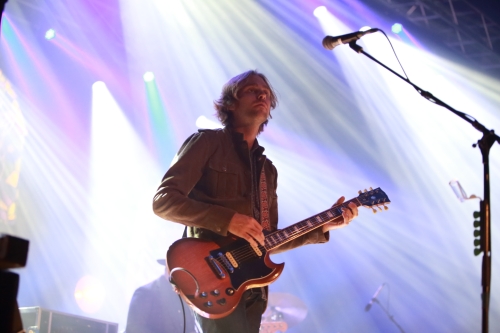 The crowd roared as soon as the first few notes of ’24 Frames’ were played (that won AMA song of the year and best American roots song at the Grammy Awards). The rest of the set list contained songs from earlier albums, Drive-By Truckers songs, and a cover of John Prine’s ‘Storm Windows’. 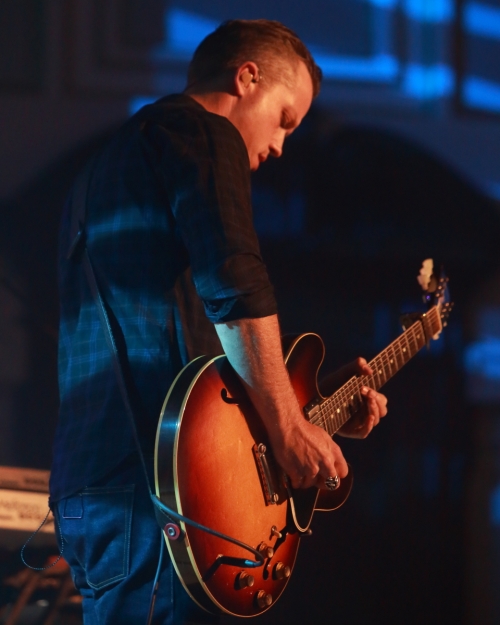 Opening the show was local favorite Josh Ritter. I do not mean that he plays only locally; he came to New England around 2000 where he began to make his name. 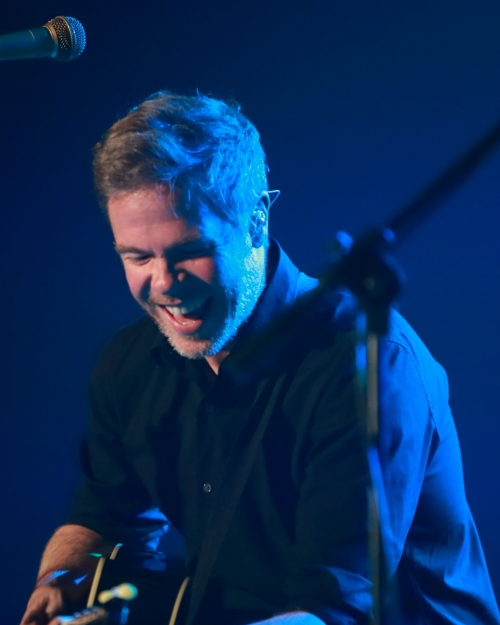 I am not terribly familiar with Josh’s music, even though I saw him perform a headlining show a few years ago. I did not remember his music having as country a feel as the songs he played at this show have, and I thoroughly enjoyed his set.

Ably supported by his long-time band director Zachariah Hickman on bass, Mark Erelli on guitar, and Ray Rizzo on drums, Josh was well received by the audience who gave them a standing ovation. 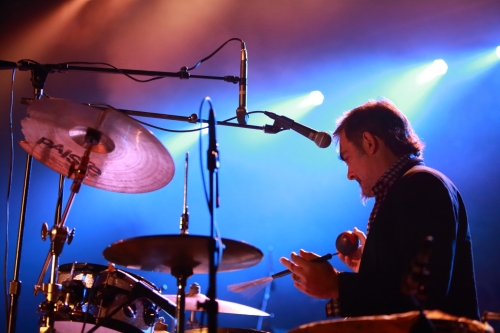 While I was initially disappointed that Jason’s wife, the incredible fiddle player Amanda Shires, was not appearing with the band, as soon as the music started I did not think about it. I was fortunate enough to see them perform as a duo at AmericanaFest so that will have to satisfy me until they tour together!

Jason Isbell and the 400 Unit

The stage was lovely, with faux stained glass windows and interesting lighting. While I do not like what smoke does to still photos, it looks good on stage. 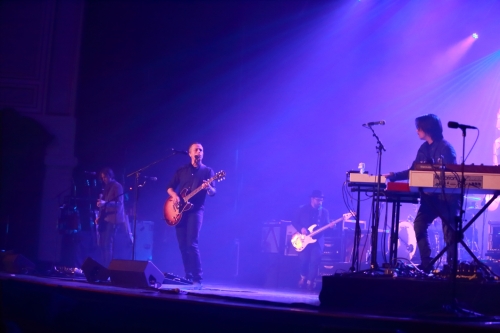 Jason Isbell and the 400 Unit

I am already anticipating seeing them again soon! You should seek him out at a venue near you.

← An Intimate Afternoon With Bob Weir
If You Like Boz Scaggs, You Will Love Garrett Lebeau! →