An Intimate Afternoon With Bob Weir

I was lucky indeed to spend part of an afternoon with Bob Weir at AmericanaFest, along with 212 other lucky music lovers! The event was held in the Ford Theatre at the Country Music Hall of Fame and Museum, which partnered with the organization for a number of special events during the festival and conference.

Introduced by Jed Hilly of AMA and Adam Block of Legacy Recordings and interviewed by Buddy Miller, Bob spoke at length about the process of making this country album with Josh Ritter (who was not in attendance) and Josh Kaufman (who was).

Born out of a connection to the West where Bob spent summers at a cattle ranch, he ran away to Wyoming to be a cowboy when he was 15. Known as the kid with the guitar, Bob spent evenings regaling the cowboys by the fireside. Shortly after, he made his way to San Francisco where he met Jerry Garcia during the ‘great folk scare’ of 1963 and history was made. Bob and Jerry taught guitar at a music school there (Buddy quipped, “I was in the wrong place.”), and on new year’s eve 1963-64, they along with Pigpen formed a jug band which became the precursor to the Grateful Dead.

Although the Grateful Dead’s music contained many elements of country music, it took many years for Bob to make this album. He and Josh (Ritter) holed up in an Airbnb for a week and listened to a lot of music (including Art Blakey, who is about as far from country music as I can imagine) before beginning to write with Josh (Kaufman). They were not always in the same room or even on the same coast during this process. 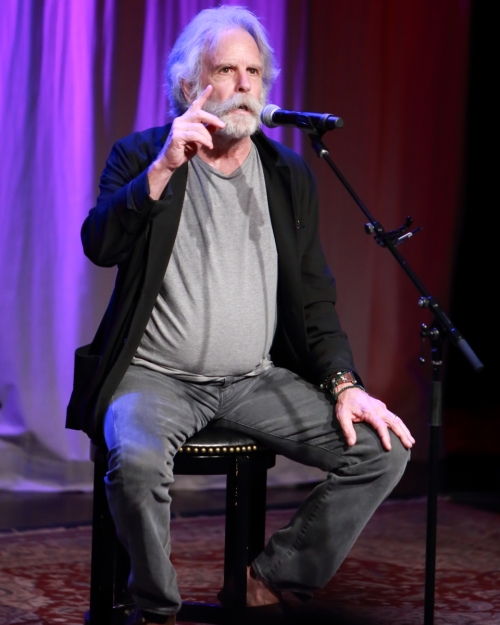 It took more than three years to record Blue Mountain, although only about three weeks of active recording time. Each called upon friends to play on the album depending on whether they were recording on the west coast or on the east coast at Kaufman’s recording studio. They did not record at Bob’s Temalpais Recording Institute (TRI), which Bob described as a “flying saucer idling on the tarmac”. 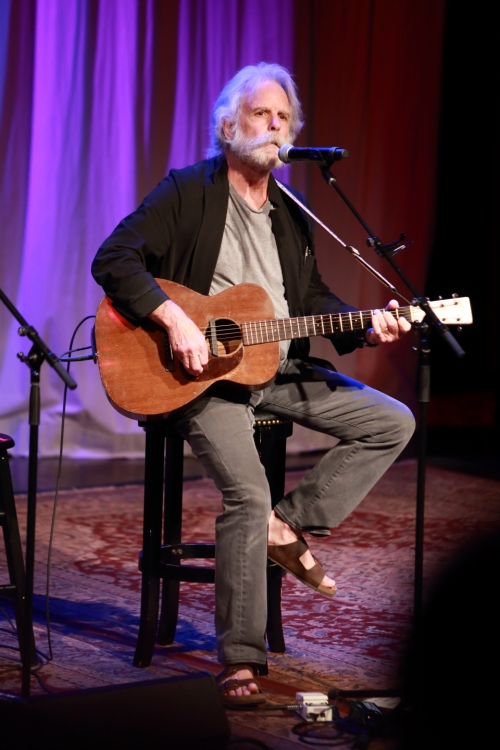 They played a total of six songs from the album. One of my favorite lines is from “Ki-Yi Bossie”: at a twelve-step meeting “I was looking for salvation but nothing caught my eye.” Other songs they played were “Gonesville”, “Ghost Towns”, “Only a River”, “Blue Mountain”, and “Lay My Lily Down”. 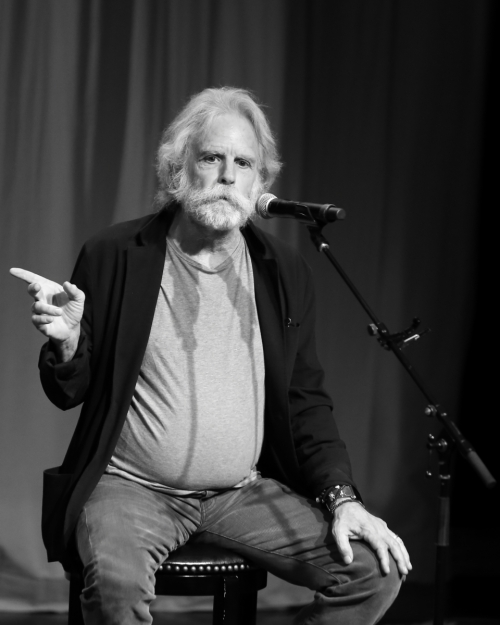 Bob said that the real stars of the record are his Martin 007T which he found in the want ads ten or eleven years ago, and a Russian mic called a Lomo which is owned by Dan Goodwin, the engineer of the record. I’d say that the musicians and especially Bob are the stars. Buddy nailed it when he told Bob that he “changed rhythm guitar playing for me.”

What an afternoon! It took me a while to come down from this, if I have truly come down from it. Thanks to Sacks and Co. for ensuring I had a spot for this event.