← Some More New Music For Your Listening Pleasure
A Living Legend Comes To The Lowell Summer Music Series! →

A Returning Crowd Favorite Is Announced By The Lowell Summer Music Series!

Five years ago, Boz Scaggs appeared at the Lowell Summer Music Series for the first time and delivered a fantastic show. Today the Series proudly announces that he will grace the stage once again at the Series on Saturday, June 30th!

““I’m at a point where I’m having a lot of fun with music, more than ever,” Boz Scaggs says about his spellbinding new album, A Fool to Care. “It’s like I’m just going wherever I want to go with it.”

“You can hear that sense of fun, as well as that ability and willingness to wander in any musical direction throughout the album’s twelve tracks. The inspirational heart of those songs lies in the sounds of Texas, Louisiana and Oklahoma that played such a vital role in shaping Scaggs’ musical sensibility, but they venture forth boldly from there, ranging from the seductive New Orleans rumble of the title track to the wry social commentary of “Hell to Pay” and a heartbreakingly wistful interpretation of The Band’s “Whispering Pines.” As he did on his most recent previous album, Memphis (2013), Scaggs worked with producer Steve Jordan and a telepathic core band consisting of Jordan on drums, Willie Weeks on bass, Ray Parker, Jr. on rhythm guitar and Jim Cox on keyboards. “Steve works on a high energy level,” Scaggs says of his prized collaborator. “It’s relaxed and easy, but also very highly charged. His direction is laser-focused, and his playing is intense. It’s a whirlwind and he’s a strong leader, but it’s also lovely and loose and cool. That’s all a comfort to me. I’ve produced myself and I feel pretty solid in the studio, but it’s really nice for me not to have to do anything but help select the material and be free to be a singer and a guitar player.”

“Fans who have followed Scaggs’ remarkable career dating back to the late Sixties with the Steve Miller Band; his solo triumphs with such classic albums as Silk Degrees (1976) and Middle Man (1980); and the splendid assurance of late-period high points like Some Change (1994) and Dig (2001), will instantly recognize Scaggs’ characteristically deft touch as a singer. He brings a sly drawl to a funky workout like Li’l Millet and the Creoles’ “Rich Woman,” a conversational intimacy to Bobby Charles’s “Small Town Talk,” and an elegant delicacy to the Impressions’ “I’m So Proud.” He easily negotiates the Latin flavoring of “Last Tango on 16th Street” and “I Want to See You,” both written by San Francisco bluesman (and longtime Scaggs compatriot) Jack Walroth. His soul is effortless and deeply felt, never making a show of itself, but unmistakably evident in every lyric he delivers. 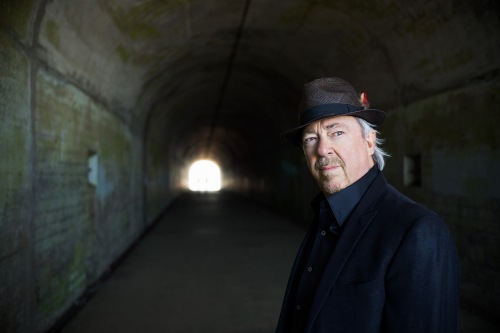 “Recording the album over four days at Blackbird Studio in Nashville made possible the participation of such notable guests as guitarist Reggie Young, who lights up a sinuous cover of Al Green’s “Full of Fire,” and steel guitarist Paul Franklin (“one of the greatest steel players alive, and one of the greatest ever,” in Scaggs’ estimation), who lifts a gorgeous reading of Richard Hawley’s “There’s A Storm A Comin’” into the stratosphere. Horns, strings and soulful background vocalists allow the album to render with equal power the bruising groove of Huey “Piano” Smith’s “High Blood Pressure,” the sophisticated Philly Soul of the Spinners’ “Love Don’t Love Nobody” and the torrid, big-band R&B of “Rich Woman.”

“Two guests, in particular, make definitive contributions to A Fool to Care. Bonnie Raitt duets sassily with Scaggs on vocals, and adds her characteristically sizzling slide guitar to “Hell to Pay,” a knowing indictment of corruption on both the personal and political level that Scaggs wrote himself. “That’s one of those songs that writers talk about that just falls out of the sky,” Scaggs says. “It just appears, and if you don’t look it too hard in the eye, it keeps talking to you. We perform it with that little extra twang, but Bonnie really put the touch on it. She brought it home for me.”

“Finally, Lucinda Williams closes out the album with Scaggs on “Whispering Pines.” The two perform the song as a kind of prayer for deliverance, each of their voices yearning for a redemption that alternately seems barely within reach or drifting just out of reach. “The Band’s original version of ‘Whispering Pines’ has an exotic quality to it that I’m not sure anybody else who’s done it has quite tapped into,” Scaggs says. “The melody is strange, and there are some chord changes that are quite unexpected. But I heard a live version of it that Lucinda did that was very touching. She seemed extremely vulnerable in the way she approached it, and that vulnerability made for an amazing reading of the song. I couldn’t resist asking her to join me, and she was way into it. It was very special to me to be able to do that song with her.”

“”What ultimately communicates about A Fool to Care is how fully Boz Scaggs inhabits these songs. They seem less like interpretations than realizations, proofs that when you truly make someone else’s song your own, you paradoxically restore something essential to it. Scaggs believes that this album and Memphis, its immediate predecessor, might turn out to be the first two parts of a trilogy, a three-album collaboration with producer Steve Jordan and the band of extraordinarily empathetic musicians they love to work with. Let’s hope so, but let’s also not get ahead of ourselves. A Fool to Care is here right now, and to overlook its many great pleasures by thinking about more that might come in the future would be foolish and uncaring indeed.” – Anthony DeCurtis”

Tickets for the Boz Scaggs show are priced at $59 in advance (fee-free!). There are also premium seats – beach chairs are provided by the Series – set in two rows directly in front of the stage for $159. Tickets for this show go on sale on Friday, March 23rd at 9 a.m. through Lowell Summer Music Series.

← Some More New Music For Your Listening Pleasure
A Living Legend Comes To The Lowell Summer Music Series! →